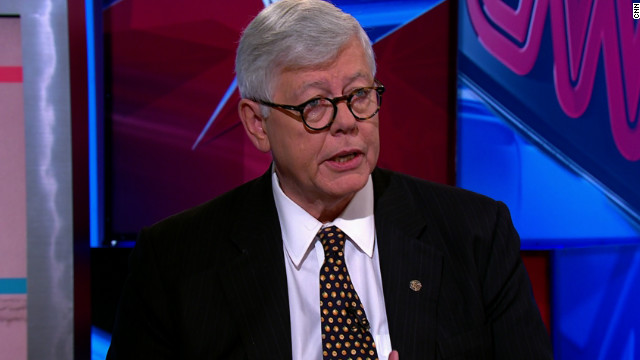 (CNN) – As debate thunders through Washington over a ban on assault weapons, the president of the powerful National Rifle Association said Sunday he believes there's not enough support on Capitol Hill for such legislation to pass.

"I would say that the likelihood is they're not going to be able to get an assault weapons ban through this Congress," David Keene said on CNN's "State of the Union."

However, he qualified, if the president is "willing to expend the political capital" and use "all the power of his office," then Keene doesn't want to make any predictions on what could happen in the coming months. "You don't want to bet your house on the outcome," he told CNN chief political correspondent Candy Crowley.

An administration official said Friday that President Barack Obama will seek the passage of an assault weapons ban as part of the renewed push for gun control laws following last month's Connecticut elementary school massacre. Democratic Sen. Dianne Feinstein has said she'll introduce a bill soon including measures similar to the ban that was in place from 1994 until 2004, when it expired.

Cautioning that "the president is going to act," Vice President Joe Biden stirred controversy last week when he warned that "executive orders, executive action, can be taken" should Congress fail to move on the issue.

Biden, while meeting with various stakeholders in the gun debate, said other proposals under consideration include a universal background check system for gun buyers and restrictions on high-capacity magazines, devices that hold more than 10 rounds of ammunition. He'll be presenting his recommendations to the president by Tuesday.

Keene said he doubts scaled-back attempts targeting only magazines will get far due to their easy access and low cost.

"Even David Gregory could find one," he added, referring to the host of NBC's "Meet the Press," a show that got into trouble for using a high-capacity magazine as a prop during a broadcast - an illegal display of the device in Washington. The incident sparked an investigation by local authorities, and while the act was found in violation of the law, a prosecutor announced Friday there would be no charges.

Since the shooting in Newtown, Connecticut, last month, the NRA has added 100,000 new members, bringing its total membership to 4.2 million, NRA officials told CNN. Because of the increased attention on the issue, the officials think the group will soon hit 5 million.

While some speculate the gun lobby is trying to gin up the gun debate to prompt more firearm sales, Keene shot back at the idea.

"The two people who are selling so-called assault rifles are Sen. Feinstein and President Obama - not us," he said. "They're the ones that are scaring American gun owners. It isn't the NRA."

Pressed further about the NRA's ties to the manufacturing sector, Keene said the gun lobby gets "less money from the industry than we'd like to get, but we get more than we used to."

But he further contended that manufacturers are "not our constituency."

"Our constituency is twofold," he said. "It's the American people who want to own guns and use them legally, and it's the Second Amendment itself."

"I'm willing to suggest that gun owners in this country have as much influence as they always have, and perhaps more, because guns are more acceptable now than they were 10 years ago," he said.