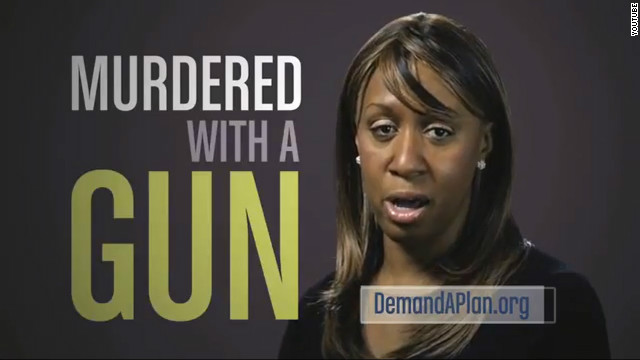 The ad comes on the one-month anniversary of the shooting in Newtown, Connecticut that left 27 people dead, including 20 students at Sandy Hook Elementary School.

In the spot, a woman asserts that "a line has been crossed in Newtown," a sentiment echoed by Bloomberg in a statement accompanying the ad's release.

"Thirty days have passed since 20 children and six adults were gunned down at Sandy Hook Elementary School – and still, no action has been taken by Washington to end our country's gun violence epidemic," Bloomberg wrote. "Now is the time for Congress to buck the special interests of the gun lobby that endanger our children."

Measures Bloomberg is pushing include background checks for all gun sales, tighter restrictions on assault weapons, and making gun trafficking a federal crime.

"We cannot let another month go by with no action," Bloomberg said.

That spot featured the mother of Christina Green, the nine-year-old girl who was killed in the Tucson shooting. It was scheduled to run on cable in Washington through Monday.