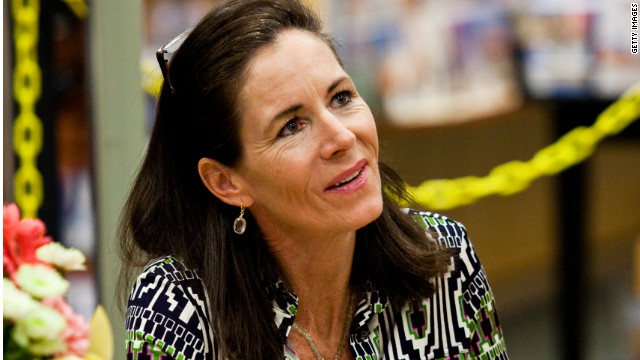 Jenny Sanford not running for Congress

(CNN) - Jenny Sanford, former first lady of South Carolina, said she has decided against running for an open Congressional seat in the Palmetto State, a move that could have positioned her in a bitter Republican primary battle against her ex-husband.

Saying she enjoys "private life," Sanford stressed that her time is better spent outside of Congress than inside the current environment of the House of Representatives.

"I enjoy private life and find the work I am doing in business and charitable endeavors and particularly my time as a mother are all more rewarding, important and productive than serving in today's US House," Sanford wrote Monday in an email to CNN.

While talking to reporters in Charleston, Sanford expanded on her decision, taking direct aim at House Speaker John Boehner.

"The idea of killing myself to run for a seat for the privilege of serving in a dysfunctional body under John Boehner when I have an eighth grader at home just doesn't make sense to me," she said. Her comments were recorded by CNN affiliate WCBD.

"You know, he did a good job as congressman," Jenny Sanford said. "I guess he has just as much of a right as anybody else to run for Congress, and we'll see what happens."

Jenny Sanford was courted to run for office for years and told media outlets in December she was open to the idea of running for Scott's House seat in the 1st Congressional District.

However, Mark Sanford's decision to launch a campaign was a strong signal that Jenny Sanford would not run, Hamby reported, as the former governor made clear to confidantes that he would not embark on a campaign that pitted him against his ex-wife.

"My ex-husband's going to have a number of questions. How he deals with them is going to make or break his campaign," she said.

Jenny Sanford filed for divorce in December 2009 after her husband admitted to an extramarital affair with an Argentine woman.

For the special election, Republican Gov. Nikki Haley set the primary for March 19, a run-off for April 2 and the general election date for May 7.

"I'll tell you this, I'll be very happy to be on the sidelines and watching with my kids," Jenny Sanford said.