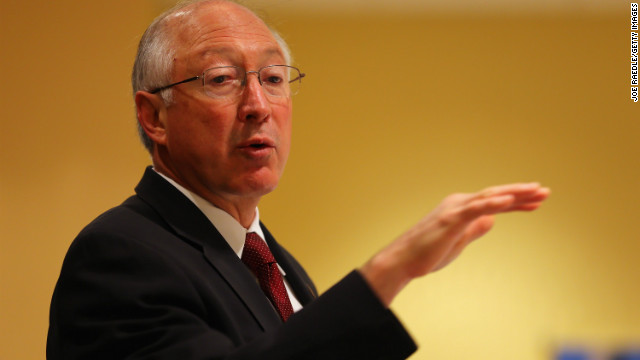 Washington (CNN) - Interior Secretary Ken Salazar, who led the response to the 2010 BP oil spill and administered a moratorium on offshore drilling, announced Wednesday that he is stepping down.

The former Colorado lawmaker plans to return home in March after eight turbulent and busy years in Washington, four years in the U.S. Senate and four years as head of the Interior Department.