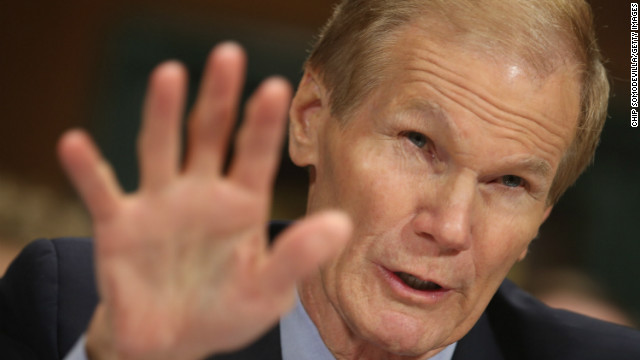 (CNN) - To make his point about invasive snakes, Florida Sen. Bill Nelson once brought the skin from a 16-foot Burmese python to a Senate committee hearing.

Now, he's out to get one for himself.

Nelson has spoken out on the issue for several years, and on Thursday will personally join in the latest effort to reduce their numbers: the state-sanctioned python hunt in the Florida Everglades.

The state's Fish and Wildlife Conservation Commission is offering a total of $2,500 in cash prizes for the hunter who bags the most and the longest of the invasive snake species. Experts recommend either shooting the snake or decapitating it with a machete.

This python is not native to North America and has no natural predator in the Everglades. Officials suspect the first of these Southeast Asian snakes to reach the Florida wild were pets that owners released after reaching an unmanageable size. Estimates of how many live in the Everglades range from the tens of thousands to the hundreds of thousands.

"These snakes don't belong in the Everglades," Nelson said in a Wednesday press release. "They're causing real problems in one of Florida's greatest treasures."

He will join the state's fish and wildlife conservation commissioner on an Everglades hunt for the reptiles. The senator is among the almost 800 people who registered to participate in the hunt, his office said, and will be accompanied by snake experts and handlers.

He introduced the legislation which led to the 2012 federal ban on importing and trading this species and three others.

His office said in post on his website at the time of the ban that "a small-yet-powerful lobby of reptile keepers stalled the legislation - although Nelson did get colleagues' attention when he unrolled the skin of a 17-footer killed in the Everglades during a July 2009 congressional hearing. It was that same month that a 2-year-old Central Florida girl was killed in Sumter County by an 8 1/2-foot-long albino Burmese python – a family pet."

Burmese pythons have been documented consuming the likes of a whole 70-pound deer and a six-foot long alligator.

Nelson has called for a "special hunt" for the snakes before. In 2009, he "asked the nation's federal lands czar to allow deputized agents and volunteers into the national park this winter to kill as many of the menacing snakes as possible," his office said at the time.

The month-long contest ends on February 10. Eleven of the snakes were harvested in the first two days of the contest, the state said.