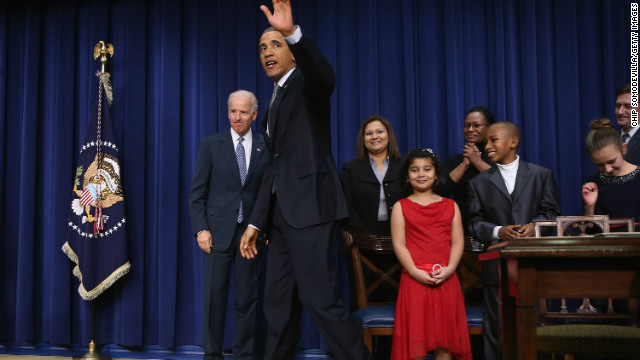 An email from Obama's 2012 campaign manager Jim Messina asks supporters to "stand with President Obama in tackling this critical issue," directing readers to a webpage with a button to express support for Obama's plan, which includes executive actions and legislative proposals to curb gun violence.

The appeal comes as Obama for America, the operation formed in 2007 to elect Obama to the White House, transitions from a political organization into an effort to rouse supporters behind Obama's policy initiatives.

Obama for America is holding an "Obama Campaign Legacy Conference" in Washington on Sunday, coinciding with the president's swearing-in ceremonies on Monday. Sara El-Amine, the organizer of the event, told supporters in an email the group would be "discussing and planning for the future of this movement."

Aside from large sessions focused on what's next for OFA, the agenda includes workshops on grassroots fundraising, earned media, and organizing seminars for specific voting blocs, including Latinos, African-Americans, and the LGBT community. An informational packet sent to supporters says more than 4,000 former staff and volunteers will be in attendance.

Senior Obama campaign aides are currently working on the specifics of how to restructure Obama for America, but are considering several different options such as converting it to a 501(c)4 or perhaps a super PAC, a source familiar with the campaign told CNN last week.

The new campaign organization will be headed by Jim Messina, Obama's campaign manager who oversaw the president's victory over Republican Mitt Romney in November. Messina, Stephanie Cutter, Jennifer O'Malley Dillon and several other top Obama aides are working out the details.

"After the election, it was clear from the conversations with supporters that they wanted to continue the progress we made in the first four years and continue it together," said the source, who spoke on condition of anonymity.

In addition to a national grassroots infrastructure, the campaign also maintains a massive email list that it can use to mobilize supporters and seek donations. The Obama campaign won't discuss how large the email list is, but a source said that it is "much bigger than the 14 million email addresses" it had amassed after the 2008 campaign.

The campaign also made a concerted effort to collect cell phone numbers and throughout the campaign frequently used text messaging to fundraise and organize volunteers.

In November, OFA released results from a survey of supporters showing nearly 80% of the 1 million respondents said they "want to keep volunteering, primarily around the President's legislative agenda."

The campaign sought input in the weeks following November's election on how to use its vast resources and contact lists. The survey results, according to OFA, also showed that one in 10 respondents are interested in running for office at some point and almost half had forwarded campaign e-mails in support of Obama during the presidential race.

Messina offered some clues in November on the future of OFA, saying supporters wanted the grassroots organization to help Obama pass his agenda in his second term in the White House. But he was clear that while OFA will live on, he was adamant the campaign structure won't be handed over to the next Democratic presidential nominee, saying "this organization was built for people who supported this president."