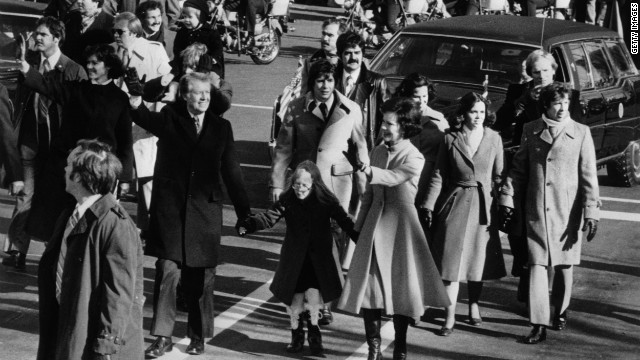 Every four years, the winner of the preceding November election swears to defend the Constitution. Cannons boom and bands play. It all unfolds outside in public, usually before a massive throng that thunders its approval. 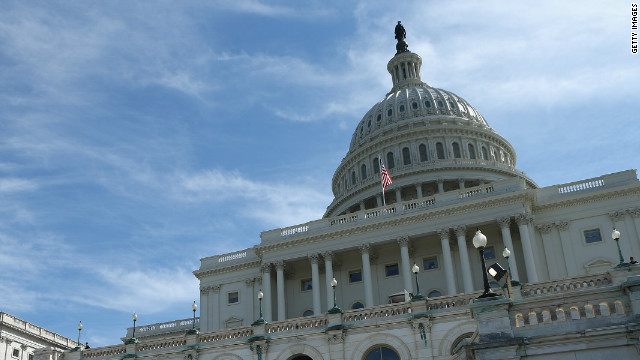 The added condition to the short term extension bill aims to force the Democratic-led Senate to pass a budget–something the upper chamber hasn't done in four years.
END_OF_DOCUMENT_TOKEN_TO_BE_REPLACED 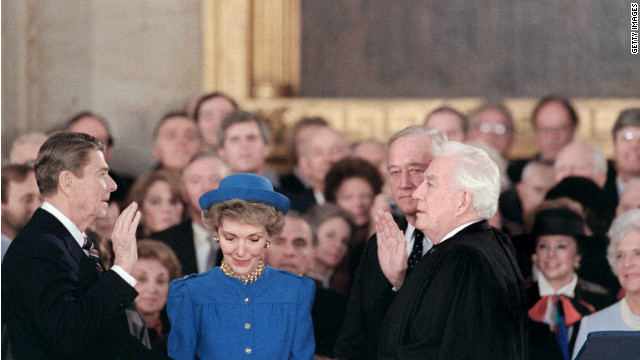 Washington (CNN) - President Barack Obama joins a rare collection of presidents on Monday. No, not the fraternity of 21 second-term presidents, but the even more exclusive group of seven presidents whose inaugurations have fallen on a Sunday.

By holding a private ceremony–before live television cameras but without a public audience–just before noon on Sunday and a full ceremony on Monday, Obama is following with both the tradition established by his predecessors and the legal obligations the Constitution outlines for inaugurating U.S. leaders.
END_OF_DOCUMENT_TOKEN_TO_BE_REPLACED

'Obama for America' to morph into 'Organizing for Action'

Washington (CNN) - As President Barack Obama begins his second term in the White House, the remaining structure of his re-election campaign will re-launch as a new political organization with a mission to advocate his agenda over the next four years.

CNN has confirmed that Obama for America will transform into a non-profit, tax-exempt group, that will attempt to leverage the re-election campaign's powerful grassroots organization and social media operation, as well as its rich voter database and vast email distribution list, to build up public support for the president as he pushes for agreements over the debt ceiling and the federal budget, gun control legislation, immigration reform, and other objectives.
END_OF_DOCUMENT_TOKEN_TO_BE_REPLACED

1) The best TV coverage: Part 1 (Sunday): The inauguration weekend kicks off Sunday, when the president takes part in a private swearing-in ceremony at the White House. In the morning, Candy Crowley will anchor a special edition of "State of the Union" from the National Mall, followed by live coverage led by Wolf Blitzer and Anderson Cooper. And be sure to catch the prime time special edition of "Piers Morgan Tonight" that night.

2) The best TV coverage: Part 2 (Monday): Then, stay tuned for the most extensive coverage of the Second Inauguration of President Barack Obama on Monday morning starting at 5.a.m. on "Early Start with John Berman and Zoraida Sambolin" and "Starting Point with Soledad O’Brien." At 10 a.m., CNN anchors Wolf Blitzer, Anderson Cooper, John King and dozens of other correspondents, analysts and contributors will bring you the sights and sounds during the public swearing-in and inaugural parade in the day and Piers Morgan and Erin Burnett from inside the inaugural balls will take you into the festive balls and celebrations that night.
END_OF_DOCUMENT_TOKEN_TO_BE_REPLACED

(CNN) - While voters re-elected most of the incumbent members of the U.S House and Senate –there are 94 freshmen in the 113th Congress– three-quarters of Americans say they support term limits for elected officials in both chambers.

If given the opportunity, 75% would vote for term limits, while 21% would vote against the idea and 5% say they have no opinion, according to the Gallup survey released Friday.
END_OF_DOCUMENT_TOKEN_TO_BE_REPLACED

(CNN) - The White House released a new portrait of President Barack Obama on Friday, just ahead of the inauguration of his second term.

The photo was taken by White House photographer Pete Souza on December 6, 2012. In the photo, the president is seen standing in the Oval Office.

END_OF_DOCUMENT_TOKEN_TO_BE_REPLACED 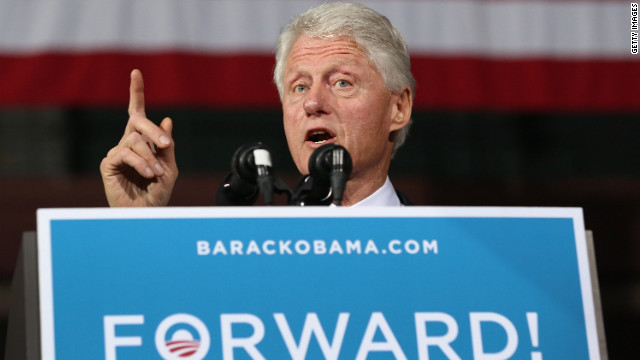 (CNN) - Commenting on the controversial change in the rules of golf–the upcoming ban on anchored putting–former President Bill Clinton opened up about his hand tremor while elaborating on how he could benefit from the new rule.

"I have a condition that sometimes you get with aging," Clinton said. "You may have noticed it; my hand has a little tremor when I'm tired and a lot of people do when they're older."
END_OF_DOCUMENT_TOKEN_TO_BE_REPLACED

First on CNN: Attracting minority voters a key GOP goal as Obama begins second term
Days after President Barack Obama is sworn-in for a second term, Republican leaders from across the country will assemble in the southern city where Obama accepted his party’s presidential nomination in September to strategize a path forward for the GOP in a nation experiencing major demographic shifts.

CNN: House GOP discussing short-term increase in debt ceiling
House Republican leaders are talking to rank and file GOP members about passing a short-term extension of the debt ceiling, perhaps one that just authorized the nation's borrowing authority for a couple of months. House Budget Committee Chairman Paul Ryan, R-Wisconsin, told reporters it was one option in a morning discussion with all House Republicans about legislative strategy for the first few months of the new Congress.

END_OF_DOCUMENT_TOKEN_TO_BE_REPLACED

(CNN) - When former House Speaker Newt Gingrich walked up to a table in St. Elmo's Steak House in Indianapolis, he was truly stepping into a television shoot for NBC's "Parks and Recreation."

His early December appearance in the restaurant for a meal coincidentally came as the sitcom was filming an episode, according to The Indianapolis Star. The show's writers turned it into a cameo on the show which aired Thursday.