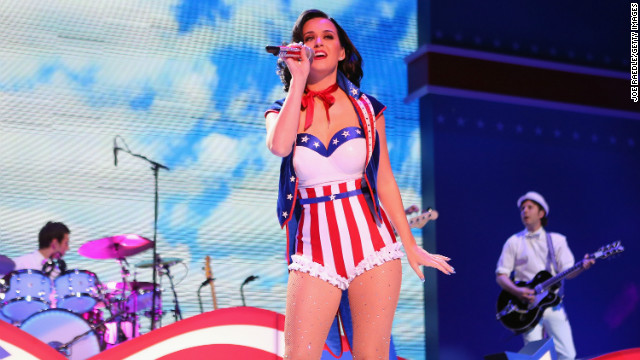 (CNN) – First lady Michelle Obama, a pop culture icon in her own right, shared the stage Saturday night with some star power that rivaled her.

She appeared at the Kids’ Inaugural Ball alongside pop stars Katy Perry, Usher and the cast of “Glee.”

But this was no black-tie affair.

The concert was for the children of military families and schools in the Washington area. It stood in contrast to the lengthy speeches and ceremony of the rest of the weekend.

“Inauguration is a really big deal. There's balls. Everybody dresses up and dances,” the first lady told the children. “Let me tell you: I love every single minute of it. Every single minute. But I have to tell you that my very favorite part of this entire weekend is being right here with all of you.”

Perry performed her hits "Fireworks" and "Teenage Dream" to the delight of the audience.

She also appeared on the campaign trail in support of President Barack Obama's re-election bid.

At a campaign rally for Obama in Las Vegas last October, she had donned a skintight white dress marked up like a ballot - with Obama's name selected.

In Milwaukee days before the election, she wore a similarly tight dress emblazoned with Obama's campaign logo and slogan, "Forward." She also appeared in that dress at the October event.

Perry's outfit at this event was more patriotic than partisan.

She showed off stars and stripes in red, white and blue - topped with a tiny hat to match the ensemble. 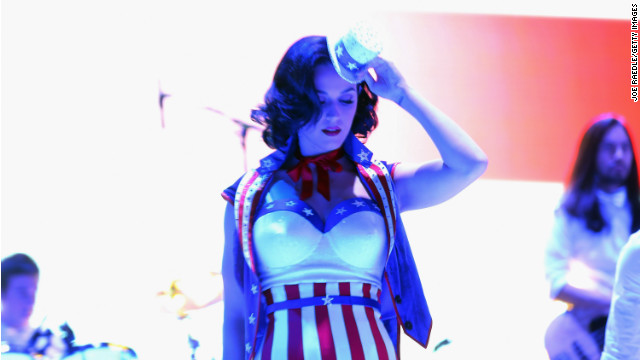 The Saturday event was to recognize the sacrifices and "level of maturity that is required from military kids," the first lady said.

“It means always thinking about things that are so much bigger than yourself. It means growing up just a little faster and working just a little harder than other kids,” she said. “And it means doing the greatest thing you can ever do with your life at such a young age, and that is to serve our country.”

But it also was about fun.

Between the performances, there were mascots of former presidents who raced on foot through the audience. There also were T-shirts and a dance contest.

All things that we won’t see when the president takes the oath of office this weekend.