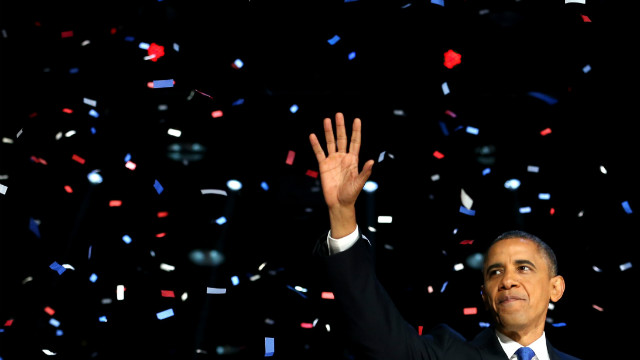 Washington (CNN) - It's the most important indicator for a second term president: His approval rating in public opinion polls.

So as President Barack Obama gets ready for his second inaugural, how does he stack up against his predecessors who also served two terms in the White House?

A CNN/ORC International poll conducted Monday and Tuesday indicates that 55% of Americans approve of the job Obama's doing, with 43% giving the president a thumbs down. And a CNN Poll of Polls, which averages the CNN poll and seven other non-partisan, live operator national surveys conducted over the past week and a half indicates the president with a 52%-43% approval rating.

How does Obama rate compared to his predecessors?

And he's slightly behind Bill Clinton and Ronald Reagan. Clinton had a 62% approval rating in January 1997 in a CNN/USA Today poll, and Reagan also stood at 62% in January 1985 in a Gallup survey.