Washington (CNN) – Joe Biden will remain vice president for another four years, making his second term official Sunday with a swearing-in ceremony at his official residence in Northwest Washington.

Standing in the foyer of his home on the campus of the Naval Observatory, Biden was sworn in under a painting by American artist N.C. Wyeth of President Lincoln’s second inaugural – an event remembered for the 16th president’s solemn, somber address.
END_OF_DOCUMENT_TOKEN_TO_BE_REPLACED 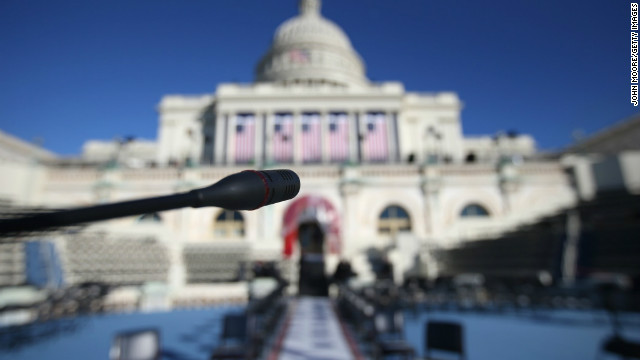 Washington (CNN) - Vice President Joe Biden was sworn in to begin his second term of office Sunday, hours before President Barack Obama will do the same.

The ceremonies are taking place quietly, a day before Obama and Biden take their public oaths in front of the Capitol before a crowd on the National Mall.

CNN Poll: Are you rooting for or against Obama?

Washington (CNN) - Americans are generally optimistic about President Barack Obama's second term, but they also recognize that the country is deeply divided, according to a new national survey.

And a CNN/ORC International poll released Sunday also indicates that nearly a quarter of the public, including a majority of Republicans, hope that the president's policies fail.
END_OF_DOCUMENT_TOKEN_TO_BE_REPLACED 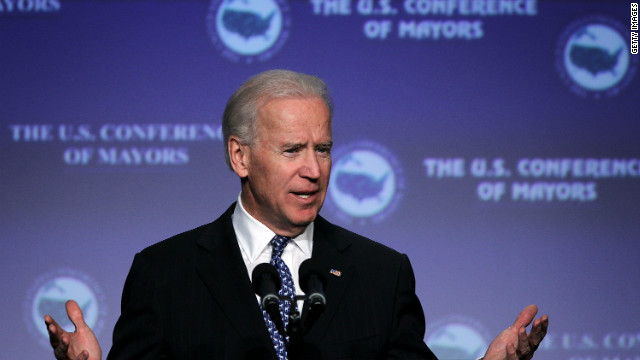 Biden gets ahead of himself at inaugural party

(CNN) - Joe Biden tops a list of Democrats who may be interested in a 2016 presidential bid, but appears to have stepped a bit ahead of himself Saturday.

Video posted online by the site Mediaite shows the vice president stumbling over his title at an inauguration party in Washington.