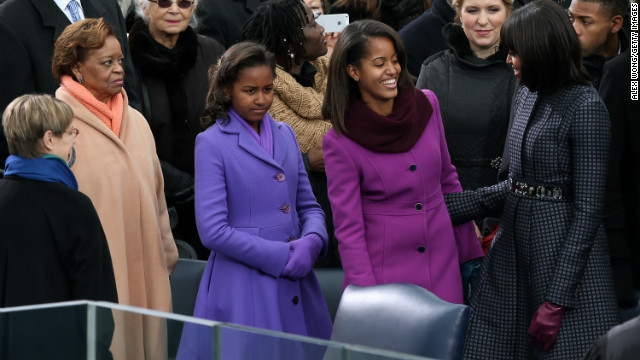 Washington (CNN) – CNN viewers are watching and sharing their favorite 2013 inauguration moments with friends – here are the top 10 video clips from CNN.com:

Sasha and Malia dressed in purple while they danced in anticipation of their father, President Obama, taking the oath of office.

President Obama makes his grand entrance at the U.S. Capitol.

The all-important oath of office.

Hear why the crowd cheered for today's live performances and see which singers got a smooch from President Obama himself. Kelly Clarkson sang "My Country Tis of Thee" and Beyonce belted out "The Star Spangled Banner."

President Obama's entire speech as he looks ahead to the next four years is also a favorite among viewers. He said "we were made for this moment."