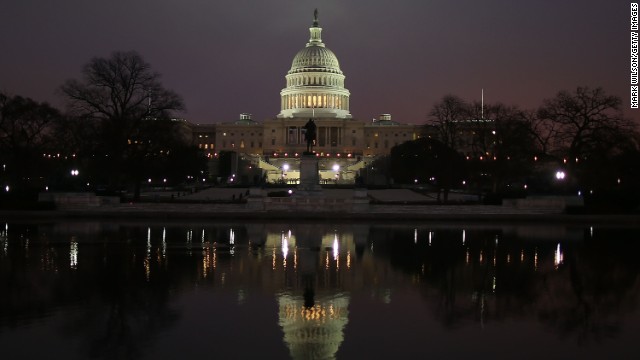 Washington (CNN) - House Speaker John Boehner announced Tuesday that he supports a plan to balance the federal budget in 10 years, a goal that could require massive cuts to spending or major reforms to entitlement programs.

Boehner made the announcement to members of his Republican conference in a closed-door meeting before describing his plan to reporters.

"Chairman Paul Ryan has worked hard with the Budget Committee to outline the kind of reforms we'd put in place to bring real fiscal responsibility here to Washington," the speaker said. "And I think the American people understand you can't continue to spend money that you don't have. It's time for us to come to a plan that will in fact balance the budget over the next 10 years. It's our commitment to the American people."

Previously, Budget Committee Chairman Paul Ryan proposed a budget that took more than 20 years to bring the budget into balance, meaning a 10-year plan would likely include significantly more spending cuts or reforms to entitlement programs. This is unlikely to sit well with Senate Democrats. Ryan's previous plan was the target of Democratic attacks for its proposed cuts to Medicare and other government programs, particularly during Ryan's run as the GOP vice presidential candidate.

Boehner was speaking the day before the House is slated to vote on a temporary measure increasing the debt ceiling for three months. Some conservative Republicans have voiced opposition to a short-term measure that doesn't include spending cuts, which they say must be paired with an increase in the debt limit.

The short-term debt limit increase proposed by House Republicans mandates that both chambers of Congress pass a budget in the next four months. Otherwise, House GOP leaders have warned, members of Congress will go without pay.

Democratic Sen. Chuck Schumer of New York said Sunday that a Senate budget plan is in the works but cautioned that Republicans might not like it since the measure will include tax increases.

Kansas Republican Rep. Tim Huelskamp was critical. "Raising the debt ceiling for a budget to be named later is to me something I'm probably won't be able to vote for."

On Tuesday, Boehner told House Republicans that "passing a short-term hike buys time for the House and Senate both to pass a budget," according to a GOP source in the meeting.

Earlier Tuesday, the White House said the president would support a short-term debt limit increase, saying it "lifts the immediate threat of default." That was something of a reversal for Obama, who at a news conference last week warned that "we shouldn't be doing this on a one to three-month timeframe."

Boehner also said Tuesday that across-the-board spending cuts that were delayed when the fiscal cliff was averted at the beginning of the year would remain in place unless spending cuts and reforms are enacted.

Rep. Raul Labrador, R-Idaho, who frequently breaks with GOP leaders, said he'll vote for the short-term debt ceiling increase, but he warned that conservatives plan to hold GOP leaders' feet to the fire on their pledge to pass a bill that balances the budget within a decade.

"They have caved every single time in the last two years, and I have made it very explicit to them that I am with them on this issue because I believe their statements that they're not going to cave again," Labrador said Wednesday, adding: "But if they cave again, they're going to have some problems in the House because there are a large number of members - Republican House members - who are very dissatisfied with what's happening."