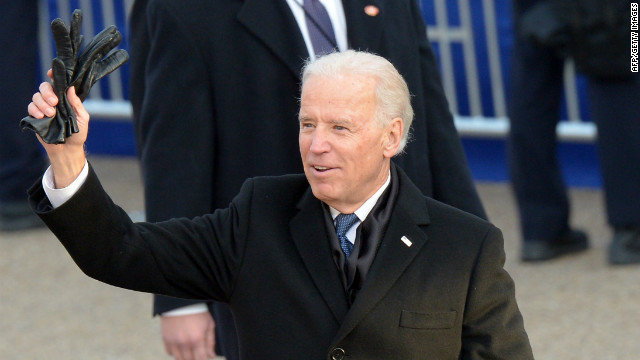 First on CNN: Biden to meet with DNC

Washington (CNN) - Vice President Joe Biden and his wife Jill will appear at a private reception at the Democratic National Committee's meeting in Washington on Tuesday, according to two Democrats familiar with the event.

The unannounced reception will take place with party delegates after the DNC meeting concludes in the afternoon.

It's another sign that Biden is intent on maintaining political support with a possible 2016 bid on the horizon.

"Biden has a national network of supporters, and this is a reminder to them that he's still in the game," said one DNC member invited to the event. "What time is Hillary coming?"