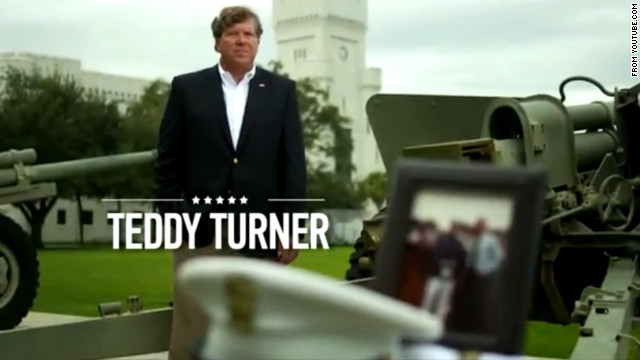 (CNN) - South Carolinian Teddy Turner is airing his first ad in the Republican primary to replace Rep. Tim Scott, just over 50 days out from the March special primary.

It is a biographical spot that points to his conservatism and includes video of his family as his campaign focuses on name recognition in these early weeks of the compressed campaign schedule.

"He went there to work as a cameraman and left a conservative. Filming major developments in the Soviet Union, Teddy Turner witnessed the devastation of communism and it forever changed him," the narrator says. His bio on his campaign website adds, "Following a near-fatal car accident, as a patient in a Soviet hospital Teddy learned firsthand just how costly socialized medicine programs can be for patients and doctors alike."

"Turner will fight for more freedom and less government so our families will have a secure tomorrow."

His campaign manager, Michael Smith, confirmed that the 10-day buy amounts to $60,000.

He is one of several Republicans, including former Gov. Mark Sanford, who are seeking the U.S. House seat which Scott vacated this month to take the U.S. Senate seat which Jim DeMint resigned for a job at the conservative Heritage Foundation. Scott was appointed by Gov. Nikki Haley, also a Republican, to the Senate seat.

The television ad, which began airing over the weekend, is one of several the campaign has produced.

Turner is the son of CNN founder Ted Turner and a former employee of the network. A former businessman, he is currently a high school economics teacher.