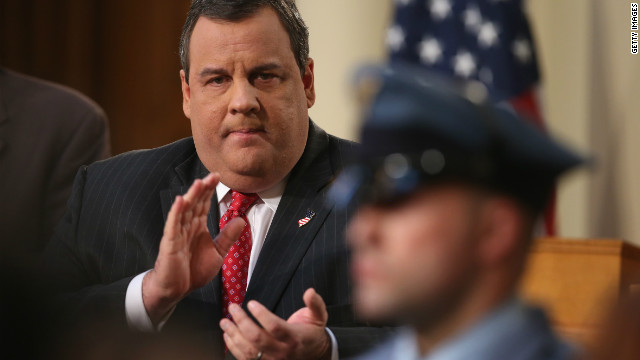 (CNN) - While House Republican leaders may not have enjoyed their verbal lashing from Gov. Chris Christie earlier this month over the delayed vote on a relief package for Superstorm Sandy, the governor's public scolding sure found support among New Jersey voters.

A whopping 79% of Garden State voters, including 70% of Republicans, say their GOP governor was right to criticize the Washington lawmakers, according to a Quinnipiac University poll released Wednesday.

In a January 2 press conference, Christie skewered House Republicans, blasting Speaker John Boehner in particular, for not taking up the package when the chamber voted on the last-minute fiscal cliff deal the previous night.

"We respond to innocent victims of natural disasters, not as Republicans or Democrats, but as Americans," he said. "Or at least we did until last night. Last night politics was placed before hosts to serve our citizens. For me, it was disappointing and disgusting to watch."

Though the Senate had already approved the package, Boehner ultimately decided to push the vote onto the next Congress, which convened January 4. The House eventually approved the $60 billion federal aid package for storm victims on January 15.

The poll indicated that only 15% of New Jersey voters, including 22% of Republicans, did not approve of Christie's comments. While not a New Jersey resident, GOP Sen. Rand Paul criticized Christie for the uproar, referring to it as a "tantrum" last week in a radio interview.

Christie's job approval ratings, however, have soared since the storm, as the governor has continued to receive high praise for his handling of the aftermath. In the poll, 74% of voters in the state say they approve of his work–his highest score ever in Quinnipiac polls.

Breaking it down by party, 93% of Republicans approve, while 78% of Democrats feel the same way. Those aren't bad numbers for a governor who's up for re-election this year and could potentially run for the Republican presidential nomination in 2016. The survey also shows Christie leading possible Democratic challengers in his gubernatorial run by margins of 2 to 1 or higher.

"Overwhelming support for their Jersey Guy (governor) from every group in every corner of the state translates into a sky-high approval rating matched only by New York Gov. Andrew Cuomo. 2016 – here we come," said Maurice Carroll, director of the Quinnipiac University Polling Institute, in a release for the poll.

"First, of course, Gov. Christie has to get re-elected this year. Right now, it doesn't look like a problem," Carroll added.

Quinnipiac University surveyed 1,647 registered voters in New Jersey by telephone from January 15-January 21. The poll's overall sampling error is plus or minus 2.4 percentage points.