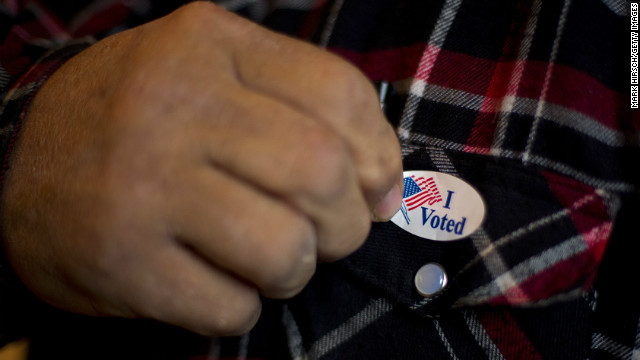 GOP report on minority outreach due in March

Charlotte, North Carolina (CNN) – A task force charged with identifying winning political strategies and broadening the GOP's appeal with minority voters will deliver its recommendations in March to the Republican National Committee on what steps the party needs to take going forward.

"We have real challenges and we did get whipped," in the 2012 election, Mississippi National Committeeman Henry Barbour said at the RNC's Winter Meeting in Charlotte. "That is not something we take lightly."

Barbour is one of five Republicans heading up the "Growth and Opportunity Project," a panel created last month by RNC Chairman Reince Priebus following a presidential election in which Democrats held onto the White House, added to their majority in the Senate and gained ground in the House. The GOP's performance with minorities was particularly disturbing to party leaders, especially Asian and Hispanic voters.

There was somber acknowledgment from the five member task force that the GOP needs to do a much better job cultivating minority voters and selling Republican ideals and policies in those communities.

"I think you will see a very aggressive effort on the part of this party" to go into non-traditional Republican communities to promote the GOP message, said Sally Bradshaw, a well respected Republican strategist from Florida.

Barbour described the report as a "campaign plan" and that some parts of it would be made public, while other portions would remain confidential.

"It will give direction of where we go," Barbour said.

The task force also met with RNC members to discuss the future of the party, which Priebus described in an interview with CNN as his top priority as chairman. The task force will also make suggestions on what role the RNC should play in the 2016 election including regulating the presidential primary debates as well as making suggestions on general messaging and digital strategy.

On Friday, Priebus will ask the RNC to elect him for another two year term, a formality given that he has no real opposition.