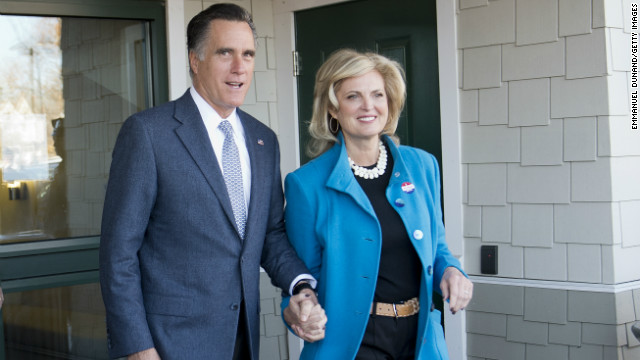 Mitt and Ann Romney in D.C. for 'social visit'

Washington (CNN) - Mitt Romney and his wife Ann were in Washington Friday for a "social visit," according to a former senior adviser to the 2012 GOP presidential nominee.

Romney attended a reception in his honor Friday hosted by philanthropist Catherine Reynolds and businessman Bill Marriott Jr. He also attended a roundtable followed by a lunch at a DC hotel with financial backers, former staff and other supporters.

The Romneys are expected to attend the black-tie Alfalfa Dinner, scheduled for Saturday, while in the nation's capital.

According to one participant in at least one of the events, Romney said he would "stay involved in the policy debate," that he was "proud of the accomplishments" and noted the "innovation" of some Republican governors.

The source said Romney made it clear he will not run again and that it was time for a new generation of leaders.

Romney was not seen Friday morning outside the hotel where the reception was set to take place; however, his 2012 running mate Rep. Paul Ryan was spotted entering the building.

Romney did not attend President Barack Obama's inauguration this week, remaining instead at his home in La Jolla, California. Romney was last in D.C. when he lunched with Obama at the White House last month.

"He deliberately did not inject himself into the political discussion between the election and the inauguration while the President was laying out his agenda for a second term," the former senior adviser said. "But Gov. Romney does care deeply about America and its place in the world and from time to time he will speak out on issues."