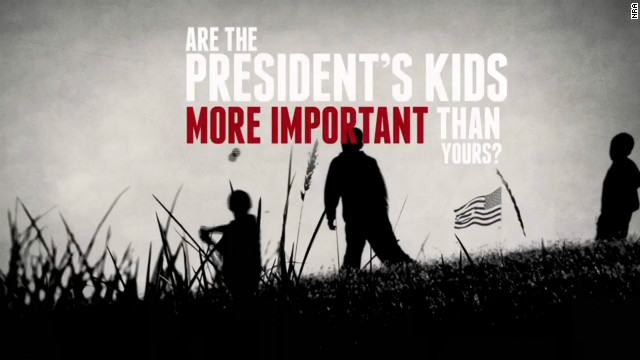 “I don't think it was particularly helpful, that ad,” said Jim Baker, the top federal government liaison with the NRA Institute for Legislative Action. He spoke in an interview with Reuters, the news agency said.

"I thought it ill-advised,” Baker, referring to the ad, said in the interview.

The ad, which appeared on the Sportsman Channel and was posted online, drew hearty criticism for the reference to Obama’s daughters. Describing him as an "elitist hypocrite," the narrator asks, “Are the president's kids more important than yours? Then why is he skeptical about putting armed security in our schools, when his kids are protected by armed guards at their school?”

The organization has proposed what it calls a “school shield” program, which would include government offering every school nationwide an armed guard. The NRA, Obama and others have taken strong positions on gun control issues in the wake of the December 14 mass shooting in Newtown, Connecticut, which left 20 elementary school students and several adults dead.

NRA President David Keene defended the advertisement in an appearance on CNN’s “The Situation Room,” saying, “We're not talking about the Secret Service. … What we're talking about is folks who have protections for their own children, send their kids to schools where they have protection, and then pooh-pooh the idea that the average American's children should have the same sort of protection.”

The White House blasted the spot, joining some members of both parties in criticizing it.

CNN was not able to immediately reach Baker for comment Friday.

But the Reuters report suggested Baker thought the ad could have been more effective without invoking Obama’s children.

"I think the ad could have made a good point, if it talked about the need for increased school security, without making the point using the president's children," he said.

Reuters reported that Baker voiced concerns about the ad, and that he responded to a question about whether those concerns were heard by saying, "Believe it or not, there are occasionally differences of opinion in this building."

Andrew Arulanandam, a spokesman for the NRA, responded to the interview saying, “Differences of opinion are common to organizations throughout the country, from the White House to every corporation and association.

The NRA began running the ad several days after a meeting with Vice President Joe Biden, his gun violence task force, and other gun rights groups. Baker represented the NRA at that meeting.

After the meeting, the group issued a statement saying, “We were disappointed with how little this meeting had to do with keeping our children safe and how much it had to do with an agenda to attack the Second Amendment. While claiming that no policy proposals would be “prejudged,” this Task Force spent most of its time on proposed restrictions on lawful firearms owners - honest, taxpaying, hardworking Americans. It is unfortunate that this Administration continues to insist on pushing failed solutions to our nation's most pressing problems.”