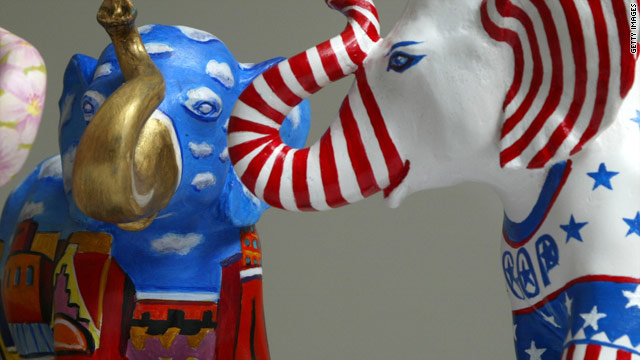 In New Hampshire, Jennifer Horn, a party activist who unsuccessfully ran for the U.S. House in 2008 and 2010, was chosen to lead the NH GOP.

In her letter asking for support, Horn wrote, "The Republican Party remains the clearest, surest voice for preserving life, liberty & the pursuit of happiness in our great nation. When our core values of limited government, limited taxation, and unlimited opportunity are translated into policy, everyone in our community benefits. We need a Chairman who can articulate those values with clarity and passion and do so in a manner that makes a personal connection with our neighbors across the state and inspires them to vote Republican."

Iowa Democrats picked state Rep. Tyler Olson as chairman of the State Central Committee. Olson's term extends through the 2014 midterm elections. He replaces chairwoman Sue Dvorsky, who has led the party since 2010 and chose not to seek re-election.

Olson, who is president of an electric company, said 2014 "brings a real opportunity to build on Democrats' gains in Des Moines and Washington, D.C. not just to say we won an election, but to expand educational and job opportunities for all Iowans."

Iowa Democrats will bring aboard the former Obama campaign political director in their state, Troy Price, as executive director.

In Florida, Allison Tant was selected to lead the Democratic Party.

Tant is a former lobbyist, political activist and fundraiser. She had the backing of Rep. Debbie Wasserman Schultz, who represents Florida in the House and is chairwoman of the Democratic National Committee.