Palin speaks out after leaving Fox

(CNN) - One day after Fox News confirmed that it and Sarah Palin had parted ways, the former Alaska governor spoke out Saturday on why she decided to leave her gig as a paid contributor.

In an interview with the conservative news outlet Breitbart, Palin said she wants to share her values "more broadly" rather than "preach to the choir."
END_OF_DOCUMENT_TOKEN_TO_BE_REPLACED

(CNN) - President Barack Obama said Hillary Clinton will go down "as one of the finest secretaries of state" as he sat next to her in their first joint interview Sunday night on CBS's "60 Minutes."

"The main thing is I just wanted to have a chance to publicly say 'thank you,'" he said when asked why he wanted to do the interview with his former political foe.
END_OF_DOCUMENT_TOKEN_TO_BE_REPLACED 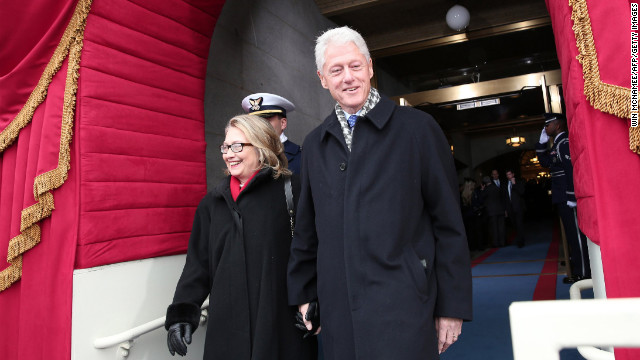 (CNN) - People aren't kidding when they say Washington can be a small town.

While President Obama was returning from his daughter's basketball game Sunday, his motorcade sped past Bill and Hillary Clinton as they were walking a dog.
END_OF_DOCUMENT_TOKEN_TO_BE_REPLACED

President Barack Obama is expected to kick off the push Tuesday with a speech in Las Vegas and to lay out more specifics during his State of the Union address on February 12. Obama has called addressing immigration the top legislative priority of his second term, and a group of Democratic and Republican senators says it plans to lay out its framework for a bill this week.

Feinstein 'would love' a Clinton run in 2016

(CNN) - Hillary Clinton has brushed off the idea of a 2016 presidential run, but Sen. Dianne Feinstein isn’t listening.

The Democratic senator from California was not in shy in expressing her support Sunday for the outgoing secretary of state and a potential second White House bid by Clinton.
END_OF_DOCUMENT_TOKEN_TO_BE_REPLACED 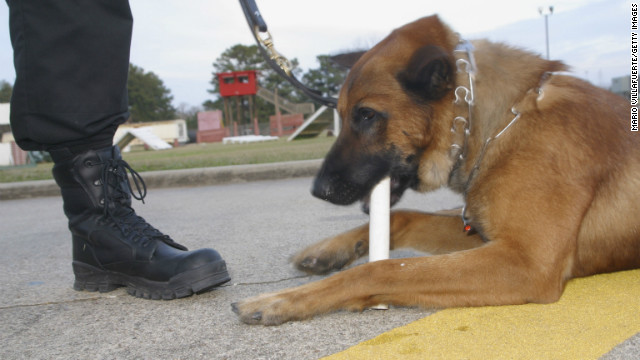 A Belgian Malinois, similar to this one, is one of the breeds used by the Secret Service, law enforcement agencies and military units around the world.
January 27th, 2013
12:43 PM ET

(CNN) - A Secret Service dog fell to its death Saturday night while doing a sweep of a multi-story parking deck near a hotel where Vice President Joe Biden was speaking.

The Belgian Malinois fell from the roof of the six-story deck adjacent to The Ritz-Carlton in New Orleans where Biden was speaking at a fundraiser for U.S. Senator Mary Landrieu, reported CNN affiliate WWL.

(CNN) - Days before Chuck Hagel sits down for Senate hearings on his nomination to be secretary of defense, the former senator received vocal support from two retired generals on Sunday.

Appearing Sunday on NBC's "Meet the Press," his first live national television interview since last year's election, Ryan shared his thoughts on the nation's fiscal health and whether he'll run for president in 2016.
END_OF_DOCUMENT_TOKEN_TO_BE_REPLACED

"The NRA is venal. They come after you, they put together large amounts of money to defeat you," she said on CNN's "State of the Union." "They did this in '93, and they intend to continue it."
END_OF_DOCUMENT_TOKEN_TO_BE_REPLACED

Obama questions whether risks of football worth it for college players

Washington (CNN) – The lifelong neurological maladies that some football players face have led President Barack Obama - a longtime Chicago Bears fan - to question whether the risks are worth it for college players.

In an interview released online Sunday, Obama said if he had a son, he'd "have to think long and hard before I let him play football."
END_OF_DOCUMENT_TOKEN_TO_BE_REPLACED