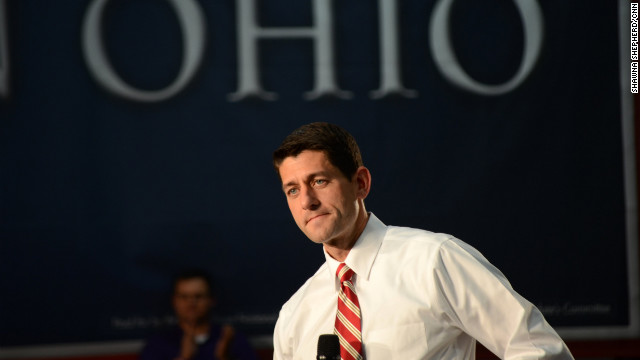 Washington (CNN) - While much of the attention focused on the Senate's "Gang of Eight" bipartisan framework for overhauling immigration policy, a similar effort has been going on under the radar in the House to draft a bipartisan plan.

A group of House Republicans and Democrats have worked for weeks behind the scenes to put together their own proposal, according to aides briefed on the discussions.

Former GOP 2012 vice presidential candidate Paul Ryan, who chairs the House Budget Committee, while not formally part of the group, is supporting the effort, and is encouraging fellow members to move forward with major immigration reform legislation this year.

Two senior House Democratic sources briefed on the effort tell CNN the group was working to release some sort of outline possibly as early as this week, but concede "they are not as far along as the Senate."

Like the Senate framework released Monday, the House plan will include a path to citizenship, but details of how that will work are still being discussed.

Boehner also alluded to the private bipartisan discussions in the House, not giving any details, but saying the group was "in my view the right group of members."

He also added that "my theory was if these folks can work this out, it would be a big step in the right direction."

After the Senate plan was revealed, Boehner's spokesman released a brief statement.

It did not take a position, but pointed out that Florida Republican Sen. Marco Rubio, who is popular with conservatives, was part of the group drafting the plan.

"The speaker welcomes the work of leaders like Sen. Rubio on this issue, and is looking forward to learning more about the proposal in the coming days," said Boehner spokesman Michael Steel.

They expressed optimism that the political climate was better for a bill to pass Congress this year.

Diaz-Balart, said the group has been working "quietly," and has worked through many of the major issues.

"We've seen the speaker has said he wants to get it done. We've seen the minority leader says they want to get it done. Here's the good news. A group of us have been ready for years. We've worked out most of the complicated details. The devil is in the details. We've dealt with that devil. Now it's an issue of filing legislation and hopefully get it passed," Diaz-Balart said.

Ryan, while not a member of the bipartisan House group, has had individual conversations with key members, including Gutierrez and Idaho GOP Rep. Raul Labrador, a conservative who is a former immigration lawyer.

"He decided coming off of the election, the prospects to move a reform proposal are better than they have been," an aide to Ryan told CNN.

Ryan co-sponsored comprehensive immigration bills in the past with Gutierrez and then-Rep Jeff Flake, and worked on the issue as a Senate aide.

"Paul's not picking up this issue cold," his aide told CNN. "He has ideas and ways for members to avoid the traps that have brought down reform proposals in the past."

In an interview with the editorial board of the Milwaukee Journal Sentinel on Monday, Ryan said he was still reviewing the details of the Senate plan.

But he noted that he had already endorsed Rubio's earlier immigration proposal and said, "I'm also working with a group of Democrats and Republicans in the House in a similar vein."

But Ryan warned that moving one comprehensive bill through Congress could be problematic.

"When you have a big comprehensive bill, too many members have too many problems with too many various provisions and it collapses under its own weight," he said.

Instead, Ryan suggested breaking the issue up into a series of bills, telling the Journal Sentinel.

"So let's take this bill in, five pieces let's say, you'll have five different vote coalitions getting it through and passing it at the end of the day," he said.

But Ryan cautioned that if it was done in pieces both sides would have to commit to bringing up all elements.

Another member of the House bipartisan immigration group, Texas Republican Rep John Carter, told the Fort Worth Star Telegram that it is "90 percent there" on a plan.

"We address all categories," Carter told the paper in an interview. "Border security and all the things that go to the people who are here illegally. I believe we've solved the problem of those concerned with the rule of law," meaning those opposed to amnesty, "but we've done it with compassion."

But Labrador signaled that he wasn't sold on the Senate version released Monday, and zeroed in on the piece that many House conservatives have said is a problem in the debate in both chambers of Congress.

"A special pathway to citizenship for illegal immigrants is inconsistent with our shared belief in respect for the law," the Idaho Republican said in a statement.

"We cannot expect others to truly respect our laws if we do not have a consistent set of principles, so I will evaluate the proposed "tough but fair" provision regarding citizenship," Labrador said.