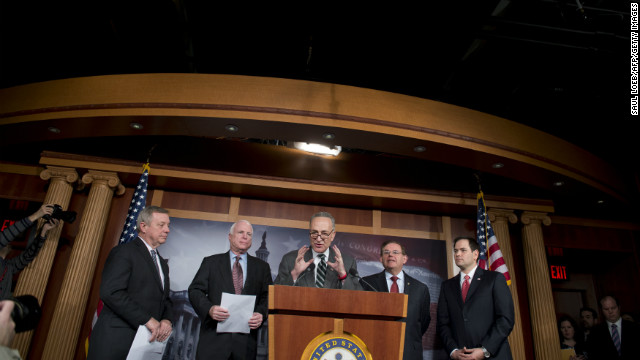 Immigration plan: A new era of bipartisanship or a political necessity?

Washington (CNN) - An immigration proposal crafted for months in secret by a high-profile, bipartisan cadre of senators is both a rare moment of simpatico in politics and a matter of political practicality.

President Barack Obama, who won re-election with strong support from Latinos, the fastest-growing demographic, has called an overhaul of immigration a second-term priority. Meanwhile, Republicans who lost the Latino vote by large numbers, have signaled that mainstream members might be willing to compromise on thorny immigration issues.