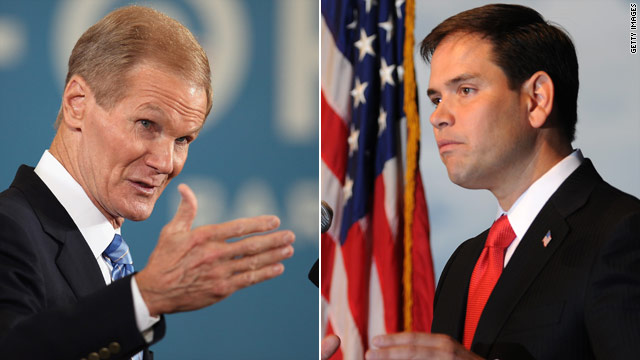 Who's the 'best python hunter in the Senate'?

(CNN) - Sen. Bill Nelson returned empty-handed from his recent python hunt, but he's bagging compliments back in his legislative habitat.

Nelson delivered a tribute to outgoing Secretary of State Hillary Clinton on the Senate floor early Tuesday afternoon and was followed by the body's other Floridian, Sen. Marco Rubio.

Their partisan divide - Nelson is a Democrat and Rubio, a Republican - was cast aside.

"Let me just begin by thanking the senator, the senior senator from the state of Florida who a few moments ago made some very kind remarks about me and I appreciate them very much," Rubio said. Earlier in the day Nelson had praised the initiative of Rubio and others on immigration reform.

And Rubio returned the compliment before continuing with his remarks on immigration.

"Let me just say that you are the best python hunter in the Senate."

Nelson joined environmental officials in a mid-January hunt for the invasive Burmese python in Florida's Everglades, a long-time target of his. The month-long hunt has drawn nearly 800 amateurs and professionals seeking cash prizes for killing the longest and most of the snake species.

"Those who don't know what I'm talking about can look it up in the newspaper accounts of your endeavors a few weeks ago in the Everglades," Rubio told the Senate. "So I look forward to working with you. Thank you so much for your friendship and your kind words."