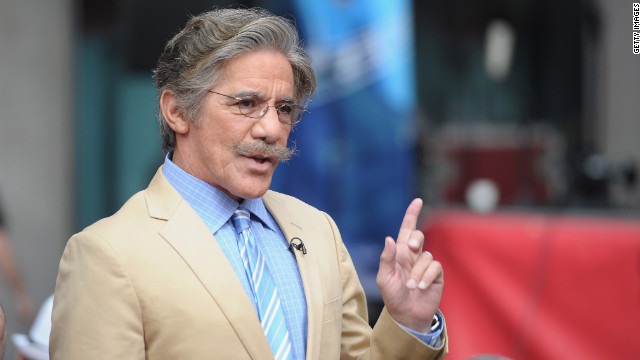 Geraldo Rivera has campaign plans in the vault

(CNN) - As if the upcoming Senate race in New Jersey couldn't get more interesting, Fox News host Geraldo Rivera said Thursday he is "truly contemplating" throwing his hat in the ring for the 2014 election.

"I mention this only briefly...fasten your seatbelt," he said on his radio program. "I am and have been in touch with some people in the Republican Party in New Jersey. I am truly contemplating running for Senate against Frank Lautenberg or Cory Booker in New Jersey."

Booker, the Democratic mayor of Newark, has already announced intentions to run for the seat and potentially challenge incumbent Democratic Sen. Frank Lautenberg should he decide to run for re-election.

While Booker has higher poll numbers than the longtime senator in a potential 2014 match-up, Lautenberg, 89, has scoffed at the idea and given little indication that he plans to step down.

On the Republican side, however, Rivera said he may jump into the race.

"Will you back me?" he asked Judge Andrew Napolitano, a Fox Business Network host who was also on the radio program Thursday.

"Absolutely. Absolutely. I would do everything that I could consistent with my contract with Fox–" Napolitano said.

"And mine," Rivera interjected.

"And yours. To help you get that job because you are an understander–a rare understander–of the nature of human freedom and the role of government in our lives. I would welcome this as a great gift at this stage in my life that I could call you senator."

"Wouldn't that be something?" Rivera mused.

He continued to say that he's "not going to drill this out" at the moment because he has commitments to Fox and his radio program.

Rivera, a longtime broadcast journalist, has lived in Edgewater, New Jersey and once owned the Two River Times newspaper from 1994-2001.

He later took his proposal to Twitter, asking his followers what they'd think of a potential run.