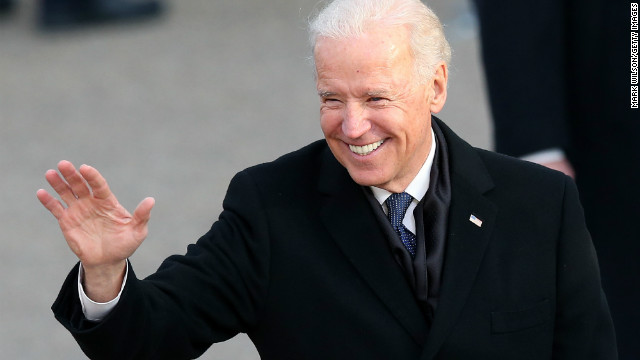 Sources: Biden on Hill to talk guns with Senate Dems

(CNN) - Vice President Joe Biden is on Capitol Hill this hour to meet with Senate Democrats, and Senate aides said he was there to build support for gun legislation

The vice president was attending the Democratic Caucus meeting.

Can there be a solution to America's gun problems? Anderson Cooper looks at both sides of the debate in "Guns Under Fire: an AC360º Town Hall Special" Thursday at 8 p.m. ET on CNN.

Biden led a panel designated by President Barack Obama to look into the issue of gun violence after the December 14 school shooting in Newtown, Connecticut which killed 27 including 20
students.