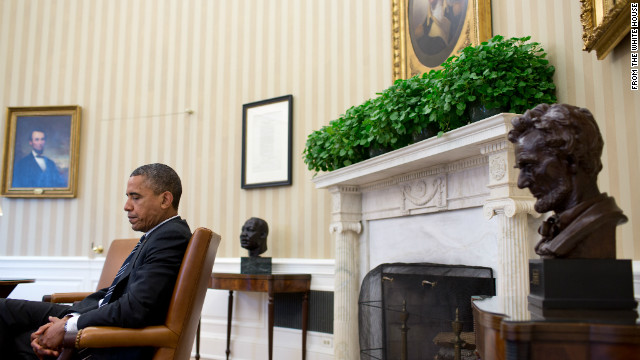 Report: Obama leaving the Oval Office, for another

(CNN) - One of the most iconic symbols of the presidency will soon have a twin.

Real Clear Politics reported Friday that President Barack Obama will vacate the Oval Office for a major West Wing renovation project but will take up a desk in a "nearly identical replica."

The Oval Office replica was expected to be in the Eisenhower Executive Office Building, which is inside the White House compound and just across West Executive Drive from the West Wing. But the report also noted "unforseen construction hurdles" may alter the current plans.

The office as it is known today was built under President Franklin D. Roosevelt in 1934, though it was initially constructed in 1909 and rebuilt after a fire 20 years later.

Presidential historian Martha Joynt Kumar - a political science professor at Towson University and director of the non-partisan White House Transition Project - said the West Wing has been renovated in a "patchwork" way over the decades but major and necessary "electrical work … restructuring of office space … [and other] structural work" would not be feasible while the Oval and surrounding offices are in use.

"If you're doing major work then people will have to be moved," she told CNN on Friday.

The Oval is the president's functional as well as ceremonial office - where major decisions are made, foreign leaders are met, and presidents address the nation. It stands alongside Air Force One and the White House façade itself as powerful symbols of the presidency.

"The Oval Office has long been associated with the president," Kumar said. Theodore Roosevelt vacated the West Wing for renovations but was asked by guests to return "to the White House itself for meetings because people didn't want to meet in some temporary office building," she said.

When Obama took office, his he customized the office with new beige wallpaper, carpet, chairs, couches, and by removing a set of decorative plates. He's not "a plates kind of guy," Kumar said.

The Real Clear Politics report said the temporary Oval Office would be "replicated in shape and Obama beige-ness, is being readied for occupancy within months." It quoted an unnamed source as saying the administration would have "eight to 10 months to get ready" for the move.

"It's going to be important to have a major symbol of the presidency," she said. With a replica, Obama would be able to "put the Oval in your pocket and carry it across the street."