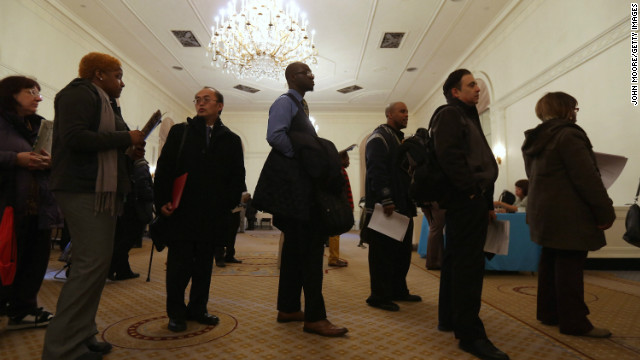 The RNC chairman's statement was released soon after the latest indicator that the jobs recovery continues to very slowly move forward, as the Labor Department announced that 157,000 workers were hired in January. That's less than the 196,000 jobs added in December. The unemployment rate was 7.9% in January, as 12.3 million people were counted as unemployed.

The Labor Department also released revisions to its 2012 data, showing the economy added 335,000 more jobs during the year than originally reported.

The comments from the RNC chairman were echoed by Rep. Cathy McMorris Rodgers of Washington, the House Republican Conference chair.

"Far too many Americans are still out of work, and unfortunately, the Democrat majority in Washington continues to ignore the real solutions that would create more jobs," said McMorris, in a statement.

There was a different message coming out of the White House.

"While more work remains to be done, today's employment report provides further evidence that the U.S. economy is continuing to heal from the wounds inflicted by the worst downturn since the Great Depression. It is critical that we pursue the policies needed to build an economy that works for the middle class as we continue to dig our way out of the deep hole that was caused by the severe recession that began in December 2007," said Alan B. Krueger, Chairman of the Council of Economic Advisers, in a statement.

And Krueger seemed to return fire to the Republicans, saying "today's report is a reminder of the importance of the need for Congress to act to avoid self-inflicted wounds to the economy."

The economy remains the top issue on the minds of Americans, with job creating continuing to be the top economic concern.