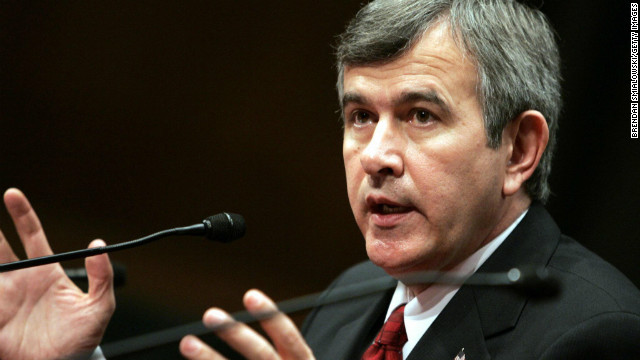 (CNN) - Sen. Mike Johanns on Saturday became the second Senate Republican to say he will back former Sen. Chuck Hagel's nomination as secretary of defense.

In a statement from his office, Johanns said Hagel would "stand side by side with our allies, be firm with our enemies and use good judgment," as well as advocate for veterans, if confirmed.

Sen. Thad Cochran of Mississippi was the first Republican to say he would vote in favor of Hagel.

The nominee's critics have raised questions about his past statements on foreign policy issues - in particular his previous opposition to unilateral sanctions on Iran and past statements some thought suggested he was not an ardent supporter of Israel.

Sen. John McCain, a fellow Vietnam veteran and close friend of Hagel when the two served side-by-side in the Senate, blasted Hagel over his position on the 2007 U.S. military surge in Iraq.

Hagel sought to quell concerns at Thursday's hearing, expressing his solidarity with the Obama administration on a number of issues while saying he wished he had phrased his comments differently on others.
Some senators said at a recess in the hearings they were not convinced.

Democratic Sen. Carl Levin said he didn't think Hagel "is going to lose any Democratic votes that I know of."

A committee vote on Hagel's nomination could come as early as Thursday. It would then advance to the full Senate for confirmation.