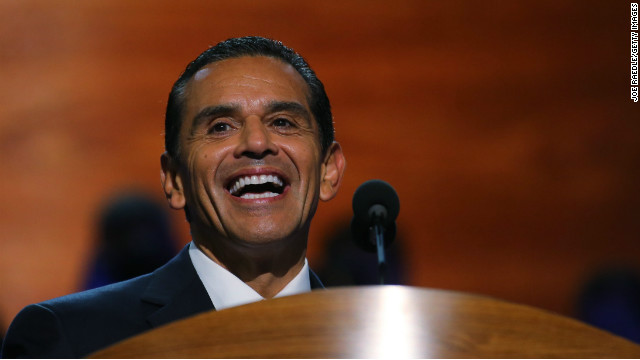 LA mayor says he has no interest in Cabinet post

Villaraigosa, who some speculated would succeed Transportation Secretary Ray LaHood, said late Friday he is not interested in any role on President Barack Obama's Cabinet.

He said in a statement that serving his home city has been an "honor and privilege," and he touted his accomplishments in transportation, education, crime control and carbon emissions.

"I have said many times that I will be focused on my job as mayor of Los Angeles until 11:59 and 59 seconds on June 30, 2013," Villaraigosa said. "I am flattered and humbled by the speculation that has included my name for a possible Cabinet secretary position, but I am firmly committed to remaining in LA and finishing my term."

Villaraigosa was first elected mayor in 2005 and is rounding out his second term. Term limits rule out the possibility of a third term.

LaHood is an original member of Obama's Cabinet and said Tuesday he would step down once a successor is in place.

Villaraigosa has raised his profile over the past several years, first as president of the U.S. Conference of Mayors and then as chairman of the Democratic National Convention last summer.

He has been a vocal supporter of and surrogate for Obama and urged Congress last year to pass a transportation funding project.