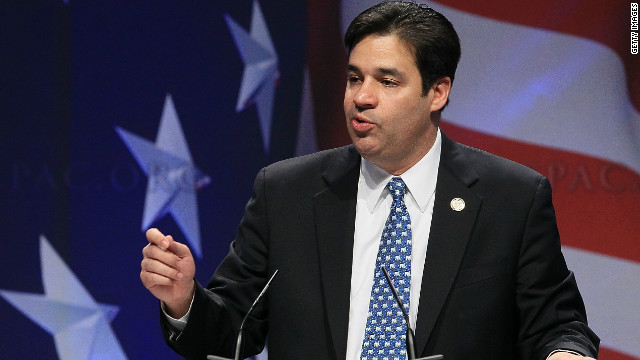 “They want to be treated with respect they want to be able to come out of the shadows and they want a program where they feel that when they are crossing the border they're not going to be detained at the border," he said.

Labrador based his assessment on his experience as an attorney in private practice before he ran for Congress.

"I've practiced immigration law for 15 years and I've dealt with thousands and thousands of people and not one of them said ‘I need a pathway to citizenship,’" Labrador said.

But the conservative lawmaker said he does support citizenship for children of those who entered the United States illegally, similar to the DREAM Act that failed to pass Congress.

"I want to treat those kids fairly who came here through no fault of their own,” he said, noting that many are in college or in the military and are doing the right things.

Asked about how the bipartisan group is grappling with the citizenship issue, Labrador declined to comment.

"I cannot talk about whether I am even part of the bipartisan group," he said.

But other sources familiar with the group confirm that Labrador has been involved in regular immigration talks with other House members.

Like Labrador, other members of the group declined to talk about its internal discussions or even its existence, worried that any leaked details could jeopardize any deal.

When approached by reporters, Diaz-Balart has an answer ready for those probing for any details from the talks. "I can neither confirm nor deny that there is any group."

But Diaz-Balart does say that the political environment for a comprehensive deal is better than any other time he’s debated the issue.

Democrats in the group have all insisted for years that any immigration legislation must include a mechanism for those undocumented immigrants now in the United States to gain citizenship.

Diaz-Balart has co-sponsored a number of legislative proposals. It’s unclear whether Labrador’s position would make it impossible for him to sign on to any agreement announced by the group.

Sources familiar with the discussions tell CNN that the bipartisan group is aiming to roll out legislation, perhaps as early as after the State of the Union address next week.

Members of the House group have met weekly and some have been involved in immigration talks for year. Individual members have met with Florida Senator Marco Rubio and other members of the bipartisan Senate group that released its own immigration framework last week that did include a path to citizenship.

While some of those in the bipartisan House group believe one comprehensive bill is the only way to get both parties to pass something this year, Labrador said he believes that there will be a series of separate bills that together represent a comprehensive package.

And he argued it's more likely that the Republican-controlled House will pass legislation that limits those in the country illegally to getting legal status, not full citizenship.

"I don’t know if it's an easier sell - it's just something that comports with most of the promises that Republicans made in their campaigns," Labrador said.