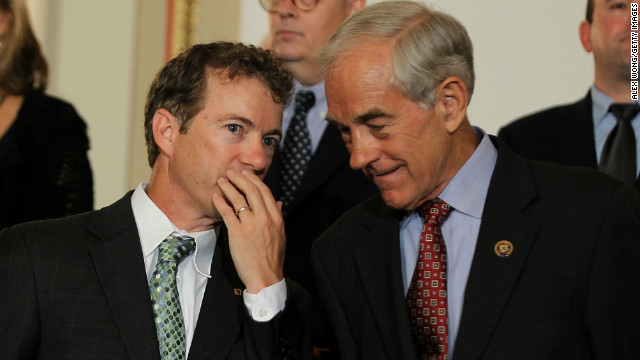 "Chris Kyle was a hero like all Americans who don the uniform to defend our country. Our prayers are with his family during this tragic time," Rand Paul, R-Kentucky, told Breitbart.com.

The younger Paul's statement came after Ron Paul, the libertarian firebrand and three-time presidential candidate, wrote on Twitter that "Chris Kyle's death seems to confirm that 'he who lives by the sword dies by the sword.' Treating PTSD at a firing range doesn't make sense."

The longtime congressman from Texas is known for his staunch opposition to U.S. military involvement overseas, and while he doesn't describe himself as an "isolationist," he has won favor among libertarians for opposing military intervention in other countries.

Kyle, 38, had claimed a record number of sniper killings in Iraq and said in an interview that he had no regrets about the 160 people he shot during his five combat tours in Iraq.

The former SEAL with two silver stars was an outspoken defender of Second Amendment rights and also helped form a foundation that assisted military veterans struggling with post-traumatic stress disorder. Kyle was killed along with another veteran, Chad Littlefield. The two had arrived at the shooting range together Saturday with the suspect, Eddie Ray Routh.

"As a veteran, I certainly recognize that this weekend's violence and killing of Chris Kyle were a tragic and sad event. My condolences and prayers go out to Mr. Kyle's family," the post stated. "Unconstitutional and unnecessary wars have endless unintended consequences. A policy of non-violence, as Christ preached, would have prevented this and similar tragedies. -REP"