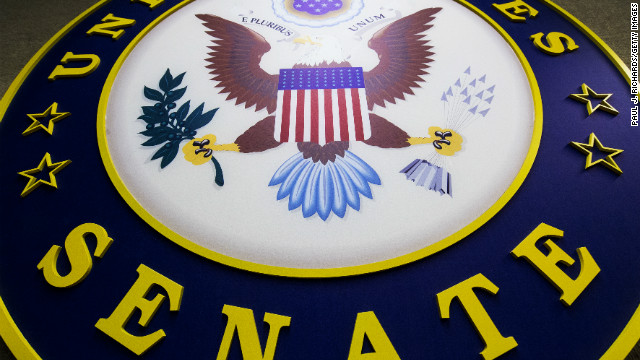 While a source familiar with the plan did not specify any cuts that would be part of the package, he did outline three areas for possible revenue increases to be proposed "in the next couple of weeks."

The source added Democrats are considering measures of varying lengths to delay the severe spending reductions set to kick in within a few weeks: A three-month plan or others that would last either seven or 10 months.

Senate Armed Services Chairman Carl Levin told reporters on Thursday that it is important to delay the cuts, known as sequestration, for both defense and non-defense programs.

He said Senate Democrats are working on a proposal.

"There's a lot of work going into a plan," the Michigan Democrat said.

The first tax proposal includes an increase in taxes on the so-called "carried interest" income paid to private equity firms. Because their earnings are considered capital gains, it is now treated as such-with a top tax rate of 20 percent, a rate lower than that paid by most in the middle class.

The next area Democrats want to mine for money is losing tax incentives for offshoring.

Levin said he would share some proposals regarding this with his Democratic colleagues.

"There's corporations in this country that ship their revenues and their profits offshore to avoid paying taxes on it," Levin said. "I hope that's part of a Democratic approach to avoiding sequestration (the automatic spending cuts).

"It is unconscionable that we lose hundreds of billions of dollars of revenue because some corporations in this country avoid paying taxes by shipping their revenue overseas, to tax havens, to avoid paying taxes on it. And we should collect those taxes," he said.

Finally, the source said that Democrats want to remove what he called the "John Edwards tax incentive."

That's shorthand, he added, for taxpayers who describe themselves as an "S-Corporation" as a way to avoid paying payroll taxes.

The source said Democrats could save $20 billion over 10 years. Edwards used that rule after leaving the Senate to avoid paying self-employment taxes while he was in private law practice.

Levin said it is important that any new tax revenue to be part of any deal to put off the automatic cuts.

Earlier this week, Obama said he would like at least a temporary solution to the spending cuts set for March 1-and added that it would have to have a balance between taxes and spending, which is what Senate Democrats say they are proposing.

Congressional Republicans have said they will not support any new revenue measures as a part of a deal.