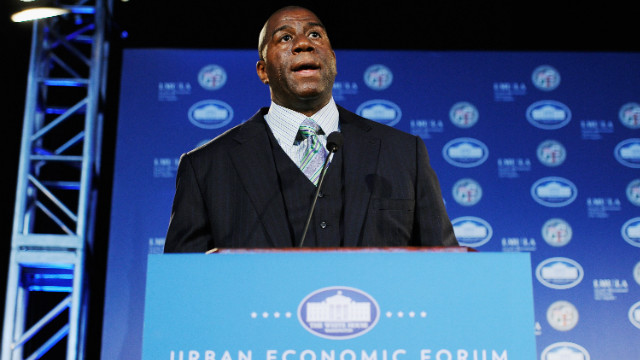 Johnson was in town for an unrelated event, but met with President Barack Obama "briefly to discuss the important issue of HIV and AIDS in the African American community, and other issues," the official said.

Johnson shocked the world in 1991 with the announcement that he has AIDS. Thursday is noted as Black HIV/AIDS Day.

He voiced his political opinion in interviews and in campaign re-election material for the president.

"Our president has fought for affordable health care, education, and financial security for all Americans," he said, explaining his support for Obama in a video posted by the campaign days before the election.