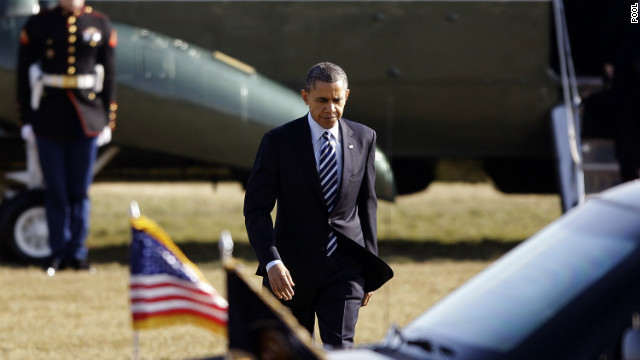 President Obama to do eight fundraisers for House Democrats in 2013

Washington (CNN) – President Barack Obama told House Democrats Thursday he will headline eight fundraising events for them in 2013, and promised to do many more in the 2014 midterm election year.

Steve Israel, the chairman of the Democratic Congressional Campaign Committee, told CNN the president made that promise while attending the House Democrats' retreat.

A Democrat at the retreat on Thursday said Obama told them in a private question and answer session, "I want you to be back in charge of the House of Representatives in the last two years of my administration."

Eight events may not sound like a lot for a Democratic president to do for fellow Democrats trying to win back the majority in the House, but it is significant help compared to what he did for House Democrats in the 2012 election cycle, which was very little.

In 2012, when the president was busy campaigning to get himself re-elected, his efforts to help House Democrats win back the majority were virtually limited to recording one robo-call for Tammy Duckworth, who was running for Congress in his home state of Illinois.

With the current balance of power in the House, Democrats need 17 seats to win back the majority in 2014.