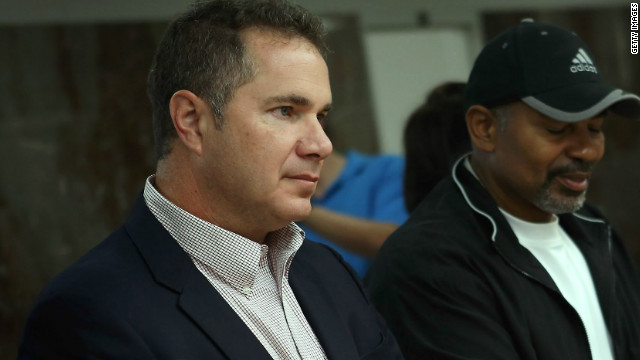 Rep. Braley to run for Senate in Iowa

"I'm in," the congressman posted on Twitter, linking to a Facebook page with the sprawling slogan: "Bruce for Iowa."

The page urged viewers to share the post with friends to "let them know you're ready for Bruce to be Iowa's next US Senator."

Braley, recently elected to his fourth term, represents Iowa's 1st Congressional District in Northeast Iowa. The 55-year-old has been rumored as a top contender for the Democratic nomination ever since the five term Harkin, a fellow Democrat, announced last month he would not run for re-election next year.

In an email sent separately to supporters, Braley said he was "ready to go."

Other Democratic names who come up as possible candidates include U.S. Agriculture Secretary and former Gov. Tom Vilsack and his wife Christine, who last year lost to GOP Rep. Steve King in a well-publicized House race.

On the Republican side, King, along with fellow Republican Rep. Tom Latham, are the two most likely Republicans who may announce bids. With Harkin retiring, the GOP sees the Iowa seat as a strong possible pickup in next year's midterm election. The other senator from Iowa, Chuck Grassley, is a Republican.