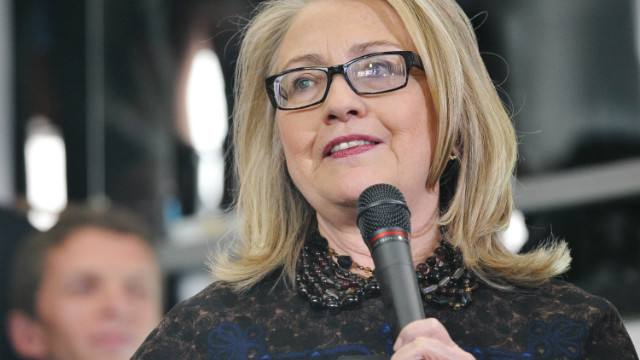 How popular is Hillary Clinton?

Washington (CNN) - She's a private citizen now, but if Hillary Clinton changes her mind and decides to run for president again in 2016, she currently has something any politician would love: impressive poll numbers.

According to a new national survey from Quinnipiac University, 61% of registered voters say they have a favorable impression of Clinton, who stepped down last week after serving four years as secretary of state. Thirty-four percent of voters questioned in the poll, which was released Friday, say they had an unfavorable opinion of Clinton.

Both of those polls were conducted last month, prior to Clinton's testimony over the deaths last September of the U.S. ambassador to Libya and three other Americans in a terrorist attack in Benghazi. Clinton won generally favorable reviews for the testimony in front of both Senate and House committees. At times angry and choked with emotion, the secretary of state once again took responsibility for the deaths of the four Americans, but repeatedly distanced herself from a direct role in specific situations.

In an opened-ended question in the Quinnipiac poll, where respondents were able to provide any answer, a total of 45% with a favorable opinion of Clinton say the main reason is her job performance, experience and competence.

"Among those with an unfavorable opinion, 21% cite the Benghazi controversy," according to a release from Quinnipiac University.

While Clinton's new numbers remain high, there are two caveats. As with the prior polls, the new Quinnipiac survey indicates a partisan divide, with more than nine in ten Democrats and nearly six in ten independents but just 27% of Republicans having a favorable impression of Clinton.

And while her overall numbers are strong, it's best to take them with a grain of salt.

"One reason why Hillary Clinton's ratings are high may be that she is not running for office and held a position that many Americans view as non-partisan. If she becomes an active candidate again, it would not be surprising to see her numbers decline," said CNN Polling Director Keating Holland. "We saw this before with her. When she was first lady, her favorable ratings were often in the high 60's, but they dropped below 50% as soon as serious talk started of her running for the U.S. Senate from New York."

Even though the next race for the White House is a long way away, there's already intense speculation over whether Clinton will make a second bid for president. When asked early last week at a global town hall if she was thinking of making another run for the White House, Clinton said "I am not thinking about anything like that right now."

If she does decide to run, thanks to her very positive favorable rating and her extremely strong name recognition, along with her years as first lady, senator, and 2008 presidential candidate, Clinton stacks up very well against some other possible contenders for the White House in 2016.

Vice President Joe Biden, a two time presidential candidate who may also make a bid for the Democratic nomination in the 2016 campaign, has a 46%-41% favorable-unfavorable rating in the new poll.

The Quinnipiac University poll was conducted January 30-February 4, with 1,772 registered voters nationwide questioned by telephone. The survey's overall sampling error is plus or minus 2.3 percentage points.