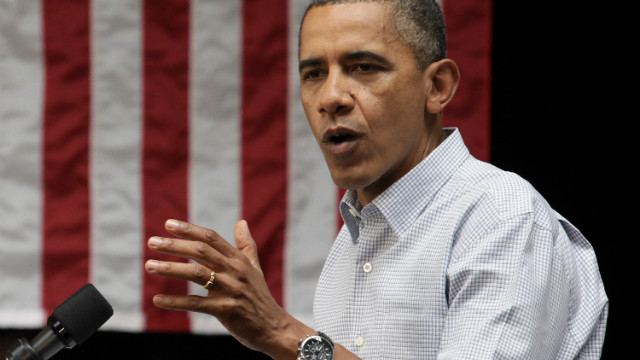 Obama Chicago visit will include talk of economy, guns

(CNN) – President Barack Obama will return to his adopted home of Chicago Friday for an event highlighting the economic plans that will be delivered during his State of the Union speech, White House Press Secretary Jay Carney said on Sunday.

At the event, Obama will also discuss the rampant gun violence in Chicago, where over 500 people were murdered last year, according to authorities.

"The president will travel to Chicago for an event amplifying some of the policy proposals included in the State of the Union that focus on strengthening the economy for the middle class and the Americans striving to get there," another White House official said. "He'll, of course, also talk about the gun violence that has tragically affected too many families in communities across Chicago and across the country."

The trip to Chicago will come after visits to Asheville, North Carolina, on Wednesday and Atlanta on Thursday, where the president will focus similarly on the economic themes of his Tuesday night State of the Union address, according to a release from Carney.

On Saturday, first lady Michelle Obama traveled to Chicago to attend the funeral of Hadiya Pendleton, a 15-year-old girl was shot and killed just a week after she performed at Obama's second inauguration.

She was shot in a park January 29, an unintended victim of gang violence. She was shot in the Hyde Park neighborhood near Obama's Chicago home, and her murder was the city's 42nd this year.

Obama's administration has been focused on advancing measures stopping gun violence since December's deadly massacre at an elementary school in Newtown, Connecticut. The president has pressed Congress to pass a ban on military-style assault weapons and high capacity magazines, and has asked for measures that bolster background checks on gun sales.

The proposals' success in Congress, however, is far from certain. Many Republicans and some pro-gun Democrats oppose an assault weapons ban. Most see background checks as the most likely measure to gain Congressional approval.

Administration officials said Sunday the president will renew his support for the gun proposals he's already endorsed during his State of the Union address, including a ban on military-style assault weapons and bolstering background checks. He will call for quick action on passing those measures through Congress, the officials said.