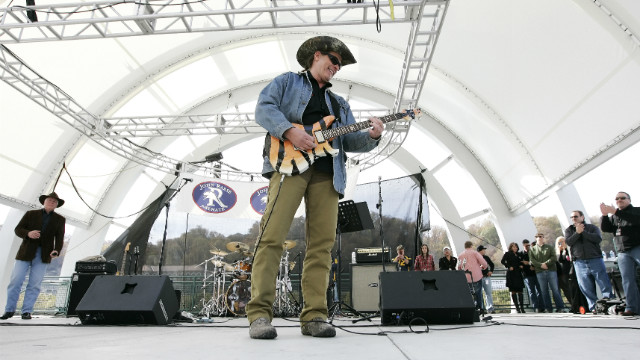 Spirit of the Wild: Lawmaker explains bringing Nugent to State of the Union

Washington (CNN) – Rep. Steve Stockman, the Texas Republican who invited Ted Nugent to this year's State of the Union, explained Tuesday his reasoning in bringing along the outspoken rocker and gun rights advocate to President Barack Obama's annual address.

"He's a very articulate spokesman," Stockman told CNN. "I'm excited to have him. I think he gives a balance to what's being said tonight at the White House. And it will be a balance. The president gives his views and his opinions. And we live in a free country where other people get to speak their opinion."

Stockman, who served two years in the U.S. House during the 1990s and was again elected last year, has emerged as a vocal critic of Obama, particularly on the subject of gun control. He's vowed to tweet during the president's address using the hashtag #youlie, a reference to the 2009 outburst from Rep. Joe Wilson, R-South Carolina, during Obama's address on health care to a joint session of Congress.

"I think if we keep going down this road it sets a dangerous precedent and we're going to continue to look at our options," Stockman said Tuesday, adding that "all options are on the table."

His guest to Tuesday's speech, the platinum-selling rocker Ted Nugent, has also voiced his fierce opposition to Obama's policies, including during last year's presidential campaign. He was interviewed by the U.S. Secret Service after he said he would be "dead or in jail" if Obama was re-elected.

Nugent made the comments at the annual meeting of the National Rifle Association, on whose board he sits.

In a recent interview with CNN's Deborah Feyerick, Nugent said tighter restrictions on guns wouldn't prevent massacres like the shooting in Newtown, Connecticut.

"It's not the weapons. The weapons had nothing to do with it. These weapons are in every pickup in Texas. People have to get past the hardware," Nugent said.

One place there won't be weapons? The U.S. Capitol during the president's speech. Asked if he was confident Nugent would arrive unarmed, Stockman recalled his guest saying he would have to "demilitarize" himself.

"He has to go through screening like we all do," he said.