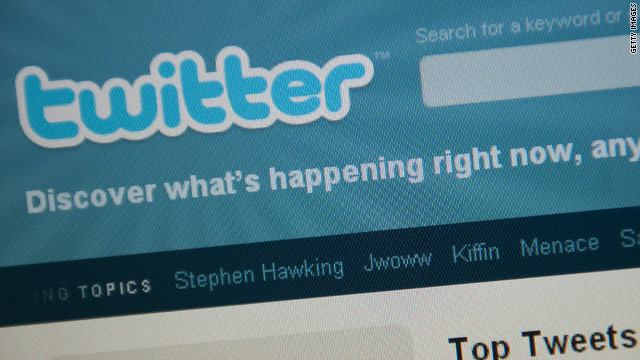 Washington (CNN) – Who needs an official response, when you can react to the State of the Union before the president has even finished speaking?

According to the rules, sending a tweet is allowed because it is just like sending a text. Members can't however, take a picture of the speech and then tweet it out.

"Photos are not allowed," the source said bluntly. "The House has rules that provide for official coverage of and recording of its proceedings and anything that is not credentialed, is something the House doesn't want to have out there."

But members of Congress will not be the only people responding to the president via Twitter. The White House will be hosting a "Tweetup," a meeting of people to tweet together, in order to respond to the president's address.

According to a White House blog post, certain "Twitter followers will be invited to watch the President's address live, attend a panel with Administration officials after the speech, and of course tweet!"

Before September 11, 2001, cellular phones were not allowed at all on the House floor. After the 9/11 terrorist attacks, all senators and members were issued cell phones and House rules had to change to allow them to be carried onto the floor.

It wasn't until 2010, at the start of the 112th Congress, that members were allowed to send and receive texts and tweets from the floor.

"As the devices keep coming out, new iterations of them, tablets and such, the House has had to reexamine its rules," the source said. "We used to be really rigid about prohibiting all equipment."

Using cell phones from the House floor has become commonplace. When sitting on the House floor, members are seen regularly checking their phones and even leaving the floor to take a call.

Some, like Republican Rep. Illeana Ros-Lehtinen of Florida, have even broken the rules and tweeted photos from the floor.

Since the change in 2010, the use of cell phones on the floor has become a matter of decorum – or decency. If using the phone is disruptive in anyway – like taking picture of video – the practice is not allowed. "If you can use them in an unobtrusive way, then it is ok," said the source.

But just because something is unobtrusive, doesn't mean it should be allowed, says Amy Alkon, a nationally syndicated columnist and author of "I See Rude People."

"It is really rude," Alkon said emphatically. "Even if someone is outright boring, if your job is to pay attention to them, it is rude to be engaged in your phone or your other device."

Alkon said she understands that everyone else is doing it, but that doesn't make it acceptable.

"If people would just put themselves in the shoes of the people up there," Alkon concluded. "Imagine giving a speech and you look at them and see that not a person there is engaged in what you are saying. That is not an easy thing."

Want to find out who's tweeting from the House floor tonight during the State of the Union? Follow along at home through our database of all the members of Congress on Twitter, divided along lines like party, chamber, gender, and time in office. Pick your own demographics to watch tonight at cnn.com/tweetoftheunion.