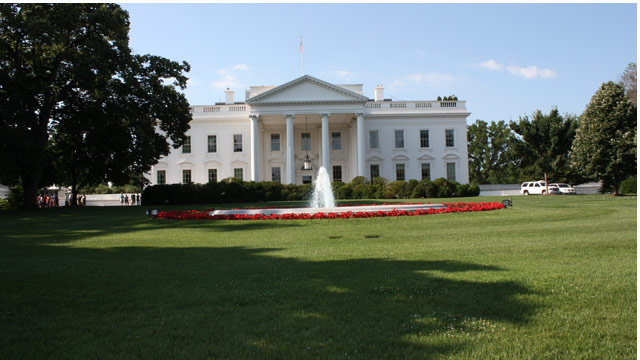 Washington (CNN) - The State of the Union is usually pretty predictable: the president arrives, shakes hands as he walks into the chamber and then speaks to the American people about what he wants to accomplish.

But this year President Barack Obama's team has infused its technological savvy into the annual address and turned it more into more like a slick business presentation.

On the White House website, you'll see the president's like you would on TV broadcasts but you'll also get infographics pop up alongside the president to support what he's saying.

Who is Obama directing his presentation to? Depends on who you ask.

"What the most important thing the president can do is communicate beyond the base to the millions of Americans looking for solutions to immigration and jobs and this would be an enhancement," said David Di Martino, who has served in communications for several Democratic politicians. "This would give them additional information that would make their decisions on the President's policy."

But Republican political commentator Thomas J. Basile feels that the new technique is a way to distract Americans from real issues.

"As a way to sort of bolster his contention [that] climate change is more important than the debt and the deficit, the infographics may be a tool they feel can help them do that," Basile said.

But he does acknowledge the effectiveness of the new technique and urges the Republican Party to do the same.

"Infographics are very powerful tools particularly with social media and we all know that the Obama political team has led the way in utilizing social media to drive their message," says Basile.

As a matter fact, House Republicans have launched a sort of response site that is very much like the president's presentation.

The Republican site will stream Obama's address and what House Republicans call "live rebuttals." It's essentially the same thing as what will be on the White House site with facts and figures side-by-side that challenge what the president is saying.

After Obama's address, Organizing for Action, which was Obama's campaign organization, has set up 1,200 State of the Union watch parties and the president will call them after his address rally supporters.

During its re-election campaign, the Obama organization had a huge list of supporters who could be hit up with emails asking for donations or to volunteer during the re-election bid and that was considered a major reason for his re-election.

Basically the same structure is in place with former campaign chairman Jim Messina as national chairman. It's a political machine that other campaigns have tried to duplicate.

"What we expect from the White House is [them] constantly raising the bar in communicating with the public" says DiMartino, "And this is the latest example of doing things differently than they've been done before."