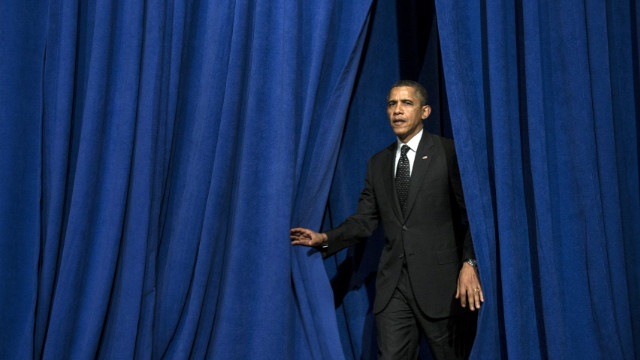 Students called back to school for Obama visit

(CNN) – When President Barack Obama visits College Heights Early Childhood Learning Center on Thursday, it will look like a normal school day: busses will be running, the cafeteria will be serving lunch, and kids will attend classes.

But what looks like business-as-usual at the Decatur, Georgia, school will be anything but – students there are actually on winter break this week. Parents were emailed on Monday offering a "one-day experience" Thursday that would mimic a school day to coincide with the president's visit.

"This day would resemble a normal school day: same bus routes and times, same school beginning and end times, regular instructional day with the same staff, and breakfast and lunch offerings," the school's principal Suzanne Kennedy wrote. "President Obama's visit promises to be an amazing opportunity for our students to expand their worlds and for Decatur to celebrate its exemplary teaching and learning."

The White House did not immediately response to an inquiry for explanation of the timing of Thursday's visit.

Obama's visit to the school outside Atlanta is expected to highlight the education proposals he spelled out in his State of the Union on Tuesday. In that speech, Obama called for investments in high-quality early childhood education programs, saying making the commitment early saves money later for local governments, and boosts graduation rates.

He also spotlighted studies showing kids who attend preschool have lower teen pregnancy rates and are less prone to engage in violence crime.

"Let's do what works, and make sure none of our children start the race of life already behind. Let's give our kids that chance," Obama said.

On Wednesday Obama sought to rally support for the jobs agenda laid out in Tuesday's speech with a trip to Asheville, North Carolina, where he toured an auto parts plant. And on Friday, he'll head to Chicago, where he'll speak about the economy and also touch on the city's rampant gun violence.