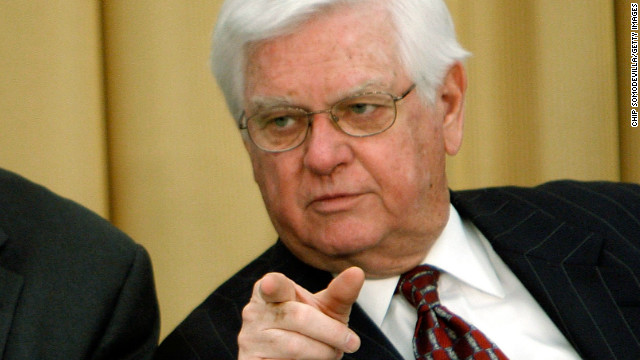 Top House Republican has a plan to avoid government shutdown

Washington (CNN) - A top House Republican is planning to unveil a government funding bill that attempts to avoid a battle over a government shutdown next month.

House Appropriations Committee Chairman Hal Rogers, R-Kentucky, told reporters he planned to introduce a bill later this month that would continue funding federal agencies through September 30th. Government agencies run out of funding at the end of March, and unless Congress acts before then, many would be forced to stop operating. An array of government services and agencies could be impacted including IRS processing of tax returns and medical research.

But Rogers' decision to move forward with a continuing resolution or "CR" could face an intense fight with House conservatives who are arguing the level he is proposing– $1.043 trillion, which was set in the debt deal passed in 2011, does not cut enough from federal programs. Many of those fiscal conservatives have argued that the level should be lower – at $974 billion, because they believe Congress should be continuing to cut more from the federal budget.

Rogers pointed out that his legislation simply follows the spending level laid out in the Budget Control Act, and the overall number would, in fact, be lower because it does not account for the billions in automatic cuts that all agencies will have to face if Congress does not replace the so-called sequester before the end of the month.

"I'm going to be drawing a bill up according to the law, and the law is $1.043 [trillion] in the budget control act and the sequester of course is the law, whether we like it or not so I'm trying to follow the law," Rogers said.

Because the House Appropriations committee chairman's bill does not address the sequester and is subject to those cuts, in practical terms if those go into effect the spending level would drop under a trillion.

Rogers seemed resigned that the automatic cuts would happen, saying, "I don't know of any conversations going on to avoid sequester."

In addition to continuing government funding, the bill would include language allowing the Pentagon and Veterans Administration to shift resources around to address some funding shortfalls that these agencies have warned Congress could disrupt training and construction projects.

Asked whether GOP leaders could get the votes to pass his plan if Republicans were split, Rogers said, "I'm not a whip so we'll let them worry about the votes."

"I expect the House will act on a continuing resolution soon, but have no further details," Michael Steel told CNN.

A senior House Appropriations aide noted that Chairman Rogers met with top GOP leaders and briefed them on his plans. But two senior House Republican leadership aides cautioned that there have been no decisions yet on how or when the House will take up any federal spending bill.