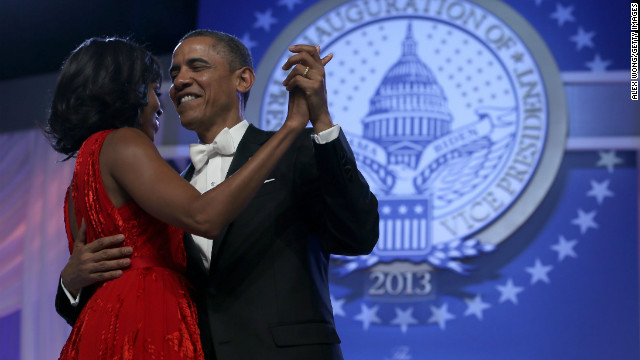 The first couple dined at Minibar, a restaurant in the district's Penn Quarter neighborhood that sits only 24 guests per night and where the window for reservations opens at least a month in advance.

The restaurant's website says the prix fixe menu is $225 per person. The restaurant is open only three nights a week.

The last time the Obamas went out to dinner on Valentine's Day was in 2009, when the recently inaugurated first couple spent the weekend in their Chicago home and dined at Table 52, a restaurant owned by Oprah Winfrey's former chef.