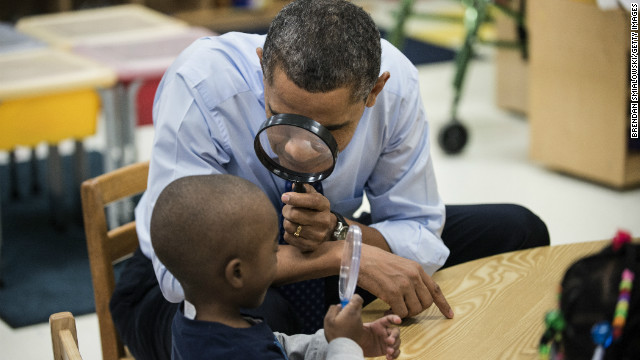 (CNN) - For a second straight day, President Barack Obama will tout proposals from his State of the Union address at a campaign-style event outside Washington, visiting a Georgia pre-school where youngsters still on winter break showed up to mimic a regular day.

Obama's visit to the College Heights Early Childhood Learning Center near Atlanta followed his call in Tuesday night's speech to a joint sitting of Congress for investments in high-quality early childhood education programs.

McCain satisfied with WH response on Benghazi, negotiating to end filibuster without a vote

Washington (CNN) - Sen. John McCain, R-Arizona, says he is satisfied with answers the White House provided to his and other senators' questions about Benghazi and that he is now in negotiations to get answers about defense secretary nominee Chuck Hagel's finances that other GOP senators are seeking.

"I think it was an adequate response, yes," McCain said about the Benghazi matter. "We are working on and having negotiations now trying to smooth this thing out and get it done."
Asked if the satisfactory response on Benghazi was enough for him to vote to break the filibuster McCain indicated not yet.
END_OF_DOCUMENT_TOKEN_TO_BE_REPLACED 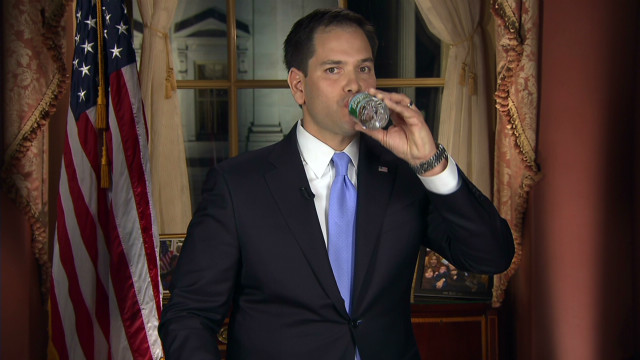 The senator from Florida and possible 2016 GOP presidential hopeful was quick to react to the much talked about incident, which went viral on-line, and may be able to gain politically from all the attention.
END_OF_DOCUMENT_TOKEN_TO_BE_REPLACED

Fifty-eight voted to move forward with the nomination, while 40 voted to hold it up. One senator, Republican Sen. Orrin Hatch, announced present, and Republican Sen. David Vitter missed the vote.
END_OF_DOCUMENT_TOKEN_TO_BE_REPLACED

Washington (CNN) - Sen. John McCain - who has the ability to make or break the Hagel nomination - told CNN Thursday he had not received a White House letter with new information on the Benghazi attacks, exacerbating the partisan wrangling ahead of a looming Senate vote on cabinet nominee Chuck Hagel Friday.

A trio of Republican senators - McCain, Kelly Ayotte and Lindsey Graham - have said they would hold up the Senate vote on Hagel until the White House answered questions about President Obama's communications with the Libyan government the night of the Benghazi attack.

END_OF_DOCUMENT_TOKEN_TO_BE_REPLACED 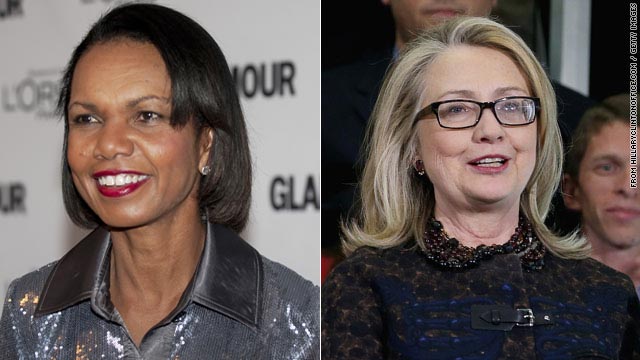 Poll: Clinton, Rice top list of who would make a good president

Washington (CNN) - The last two secretaries of state top a new list that looks towards the next presidential election.

Democrat Hillary Clinton and Republican Condoleezza Rice are one and two in a national poll that asks simply whether this "person would make a good president or not?"
END_OF_DOCUMENT_TOKEN_TO_BE_REPLACED 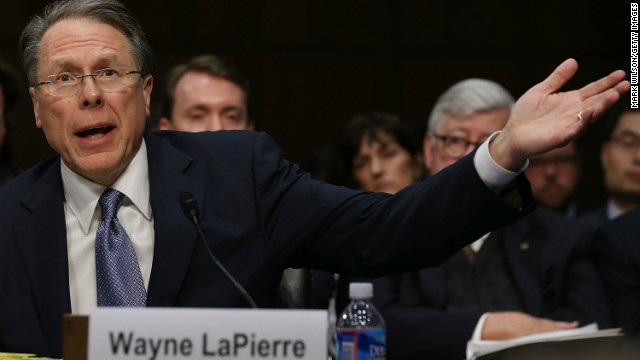 LaPierre says gun owners are ready to 'stand and fight'

(CNN) - Continuing his charge against the Obama administration on gun control proposals, Wayne LaPierre of the National Rifle Association is scheduled to respond to the president's State of the Union while speaking Thursday at the annual convention for the National Wild Turkey Federation in Nashville.

The speech comes one day after LaPierre issued a rally-cry for gun owners, writing in an op-ed that "good Americans are prudently getting ready to protect themselves" against what he described as an onslaught of doom.
END_OF_DOCUMENT_TOKEN_TO_BE_REPLACED

On Syria, how will Kerry align with the White House?

Washington (CNN) - Secretary of State John Kerry said Wednesday he had some ideas on how to change Syrian President Bashar al-Assad's thinking about remaining in power, which he hopes will persuade the embattled leader to negotiate with the opposition on an end to the violence.

"We need to address the question of President Assad's calculation currently. I believe there are additional things that can be done to change his current perception," Kerry told reporters after meeting with Jordanian Foreign Minister Nasser Judeh, adding: "I've got a good sense of what I think we might propose."

Obama's emotional plea might lead to vote on guns

Washington (CNN) - "They deserve a vote."

President Barack Obama made that impassioned argument toward the end of his State of the Union message on Tuesday, using a strong emotional appeal to hammer home his plea for a vote in Congress on several gun control measures.