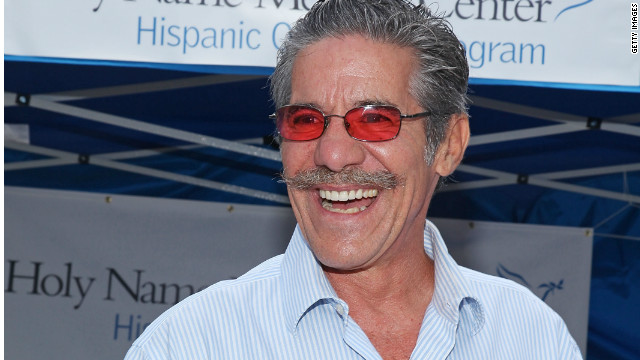 Poll: No rose-colored glasses for NJ voters over Geraldo Rivera

(CNN) - Will a new poll throw any cold water on Geraldo Rivera's thoughts of running for U.S. Senate in New Jersey next year?

The Fox News Channel host generated headlines at the end of last month when he announced that he was "truly contemplating" throwing his hat in the ring for the 2014 election, adding that "I am and have been in touch with some people in the Republican Party in New Jersey. I am truly contemplating running for Senate against Frank Lautenberg or Cory Booker in New Jersey."

But a Monmouth University survey released Thursday indicates that only about a quarter of Garden State residents would be very or somewhat likely to vote for Rivera should he choose to run, with nearly two-thirds saying they would not be likely to cast a ballot for Rivera. Just over half said they would not consider voting for him at all.

READ MORE: Geraldo Rivera has campaign plans in the vault

Rivera, a longtime broadcast journalist and talk show host, was born in New York City but has lived in New Jersey for years.

The poll was conducted and released just before longtime Democratic Sen. Frank Lautenberg's announcement Thursday that he would not run for re-election next year. The 89-year-old lawmaker is the last remaining World War II veteran to serve in the Senate.

Last month Newark, New Jersey Mayor Corey Booker, considered a rising star in the Democratic Party, announced he was considering a run for the Senate in 2014.

But Booker may not have the Democratic field to himself. After Lautenberg's announcement, Rep. Frank Pallone told CNN's Deirdre Walsh that "I've always been interested in the Senate, and I'm going to continue to explore running."

The Monmouth University/Asbury Park Press poll was conducted Feb. 6-10, with 803 New Jersey adults questioned by telephone. The survey's overall sampling error is plus or minus 3.5% pts.