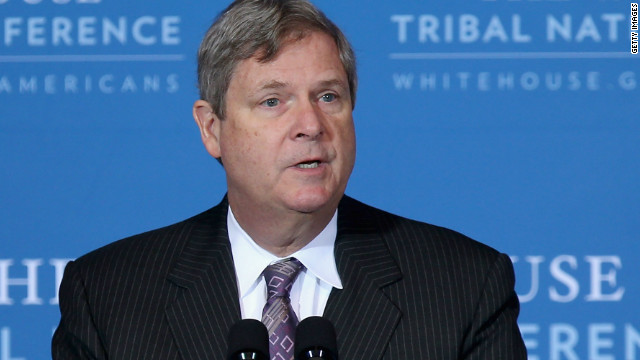 Vilsack not running for Senate in Iowa

Soon after Harkin announced his decision to retire at the end of his term, Vilsack's name was floated among others as a potential Democratic candidate for the seat.

Vilsack's decision doesn't come as a total surprise. Asked by CNN's Candy Crowley in late December if he planned to keep his Cabinet position during President Obama's second term, Vilsack said he's "absolutely" happy to keep his job if he can.

"I'm here as long as the president's pleased with my service. At least that's what the certificate says," he said on "State of the Union." "I've got a great job and I'm privileged and honored to have it."

Democratic Rep. Bruce Braley, who launched his campaign last week, is so far the only announced candidate in Iowa for 2014.

Vilsack's wife Christine, however, has also come up as a potential candidate. Last year she lost to GOP Rep. Steve King in a well-publicized House race.

On the Republican side, King, along with fellow Republican Rep. Tom Latham, are the two most likely Republicans who may announce bids. With Harkin retiring, the GOP sees the Iowa seat as a strong possible pickup in next year's midterm election.

The other senator from Iowa, Chuck Grassley, is a Republican.