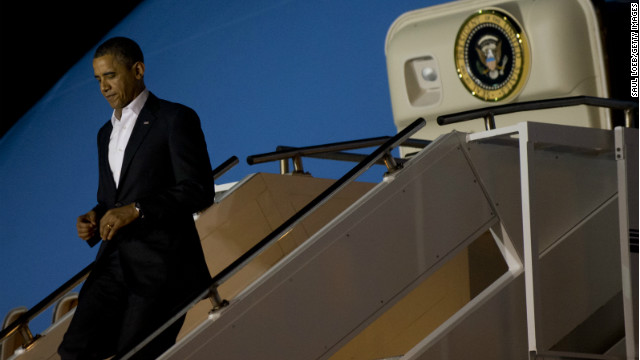 The military's North American Aerospace Defense Command sent a F-16 fighter jet and a Coast Guard helicopter to intercept the plane, he said.

The F-16 flew with the plane until it landed at Witham Field in nearby Stuart, where it was met by local officials. The Secret Service and the Federal Aviation Administration are investigating the incident.

That plane left the restricted airspace after the fighter jets arrived and "continued to its destination,” according to the defense command.

The third plane, another Cessna general aviation aircraft, was intercepted near Palm City at 9:30 a.m. ET on Sunday and landed at Okeechobee Airport, where it was also met by local authorities.

A year ago, a Cessna 182 was intercepted over Obama's airspace in Los Angeles. That plane was found to be carrying 10 kilograms of what appeared to be marijuana, according to a law enforcement official.