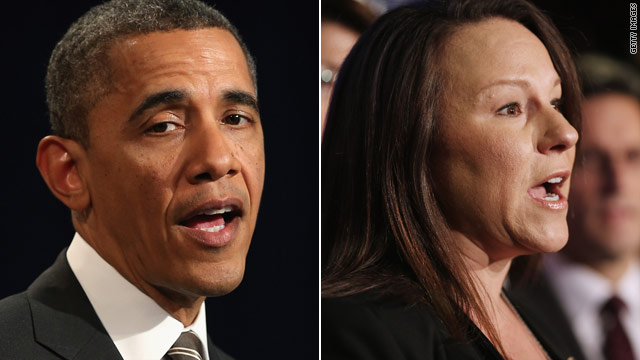 Weekly addresses put State of the Union in spotlight

(CNN) - President Barack Obama and GOP Rep. Martha Roby turned to this week's State of the Unionin their weekly addresses Saturday as each
offered priorities for federal spending.

Obama broadly outlined the proposals he argued for Tuesday and stood by his claim that the initiatives would not increase the federal deficit, though he provided no details about the costs or plans to pay for them.

"These steps will help grow our economy and rebuild a rising, thriving middle class," the president said. "And we can do it while shrinking our deficits. We don't have to choose between the two - we just have to make smart choices."

He took his agenda on the road this week to North Carolina, Georgia and his hometown of Chicago, where he spoke about strong communities and against gun violence. He did not mention gun control in his weekly address.

Meanwhile on Capitol Hill, the deadline to replace across-the-board spending cuts of the sequester with cuts more palatable to either or both parties is fast approaching.

Roby, a Republican from Alabama, blamed the sequester on Obama and explained how it would hurt her district.

"Fort Rucker would lose 500 students training to be combat aviators and roughly 37,000 hours of aviation training," she said. "These numbers are astonishing. And remember, this is just one set of cuts at one base."

She criticised Obama for "using the military he leads as leverage in an ideological crusade for higher taxes."

While the government is wasting money, she said, Obama should not be contemplating tax increases.

Instead, the president should look at the sequester alternatives passes by the Republican-led House.

It is expected to be a quiet week on Capitol Hill with lawmakers out of town. Obama spends the weekend on vacation in Florida.