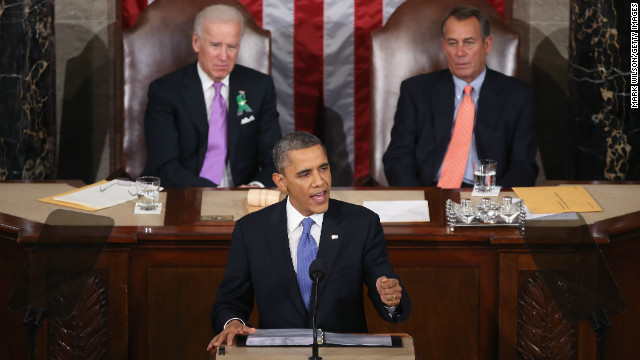 The draft included an eight-year path to permanent residency, and eventually citizenship, for illegal immigrants. A second administration official noted to CNN that the various drafts contain different proposals, but USA Today reported this particular draft included a criminal background check, back taxes, English and U.S. history requirement and a proposed new "Lawful Prospective Immigrant" visa. The draft also included increases to the border security and legal process and expansion of the E-Verify system to check employability of potential hires.

Obama met with the four Democrats involved in the Gang of Eight talks on Wednesday - the day after his State of the Union address - and the White House said Obama "reiterated the key principles he believes must be a part of any bipartisan, commonsense effort, including continuing to strengthen border security, creating an earned path to citizenship, holding employers accountable and streamlining legal immigration."

"The president thanked the senators for their work to date and told them that while he was pleased with the progress, he expects the process to continue to move forward and stands ready to introduce his own legislation if Congress fails to act," that statement continued.

In his remarks the night before, Obama noted that "bipartisan groups in both chambers are working diligently to draft a bill, and I applaud their efforts. So let’s get this done. Send me a comprehensive immigration reform bill in the next few months, and I will sign it right away and America will be better for it."

Florida Sen. Marco Rubio, a Republican member of the Gang of Eight who has been critical of Obama’s remarks, denounced the White House document in a late Saturday statement.

“It’s a mistake for the White House to draft immigration legislation without seeking input from Republican members of Congress,” Rubio said in a statement. “President Obama’s leaked immigration proposal is disappointing to those of us working on a serious solution.”