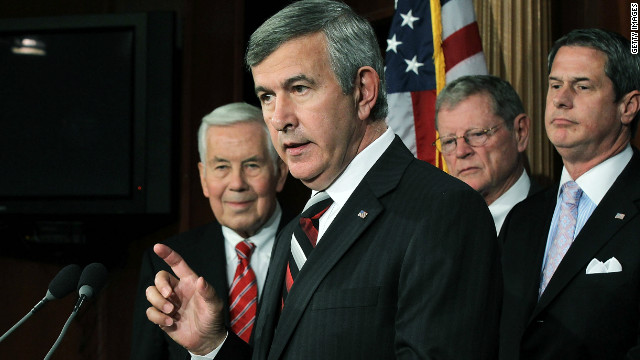 Johanns to retire after first term

(CNN) - Republican Sen. Mike Johanns, 62, will not seek re-election to a second term in 2014, according to an e-mail he sent to supporters Monday morning.

"During these many years, we have cherished our time together. So as we think about the next stage of our lives, we want a quieter time with our focus on each other, our family and our faith," Johanns said in the e-mail, which he signed along with his wife, Stephanie.

"We are also confident that there will be many more opportunities to serve our state and our nation," he continued.

The senator was elected to the Senate in 2008 with 58% of the vote and was largely off the radar of potential retirees for the upcoming midterm elections.

Before becoming senator, Johanns served as Nebraska governor and mayor of Lincoln. The other senator from Nebraska is Republican Sen. Deb Fischer, who was elected in November.

The seat he leaves behind is considered safe for Republicans.

Sen. Jerry Moran, chairman of the National Republican Senatorial Committee, said in a statement that Johanns "epitomized principled leadership during his near three decades of public service."

"I thank him for his service and wish he and his family the very best in their next chapter," Moran continued. "The Cornhusker state will look to continue its strong conservative tradition by electing an equally dedicated Republican leader in 2014."

Johanns made headlines recently for being the second Republican to publicly back Defense Secretary nominee Chuck Hagel, a former GOP senator from Nebraska.

Johanns becomes the fifth senator this year to announce that they won't run for re-election in 2014. Fellow Republican Saxby Chambliss of Georgia announced earlier this year that he will retire from the Senate next year rather than make a re-election bid, as have Democratic senators Jay Rockefeller of West Virginia, Tom Harkin of Iowa, and Frank Lautenberg of New Jersey.